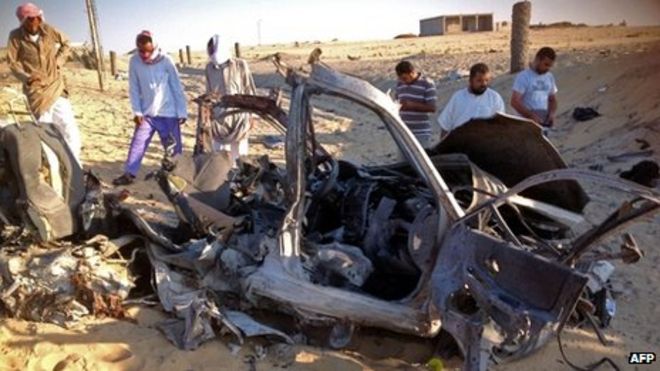 In an attack at a check post in Senai at least 23 Egyptian soldiers have been killed while 26 were wounded, security sources have said that the attack was conducted by jihadist militants in the northern Sinai peninsula.

The attack occurred when a suicide car bomber reportedly targeted a checkpoint outside Rafah, which is a border town near the Gaza Strip, afterwards a dozens of gunmen opened fire.

According to the military 40 assailants had been killed in the attack.

The so-called Islamic State (IS) has taken responsibility for the attack. IS is leading an insurgency in the region.

Ever since the military overthrew President Mohammed Morsi in 2013, hundreds of soldiers and police have been killed by militants which were affiliated to the jihadist group.

Egypt’s Coptic Christian minority has also been targeted by the group elsewhere in the country, the group had also claimed that it had planted the bomb which had brought down a plane which was carrying tourists in Sinai in 2015, killing 224 people on board.

According to Security officials the Friday’s attack had targeted a military compound in al-Barth, south-west of Rafah, The compound had hosted 60 soldiers.

Officials have said that first, a suicide bomber rammed his vehicle into a nearby checkpoint, afterwards dozens of militants who had arrived in 4×4 vehicles fired machine guns at the soldiers for about 30 minutes before fleeing the scene.

In a statement the military has said that a total of 26 soldiers were killed or injured in the attack, however breakdown of the figure was not given. Furthermore the military also posted photographs of five alleged assailants dressed in uniforms.

On Friday, 7th July 2017, according to the interior ministry in a separate incident a senior officer from the police’s National Security service was shot down by two gunmen as he left his home in the town of al-Jabal al-Safar in the north of the capital Cairo.