Soldiers sent in to subdue looting during protests – Venezuela 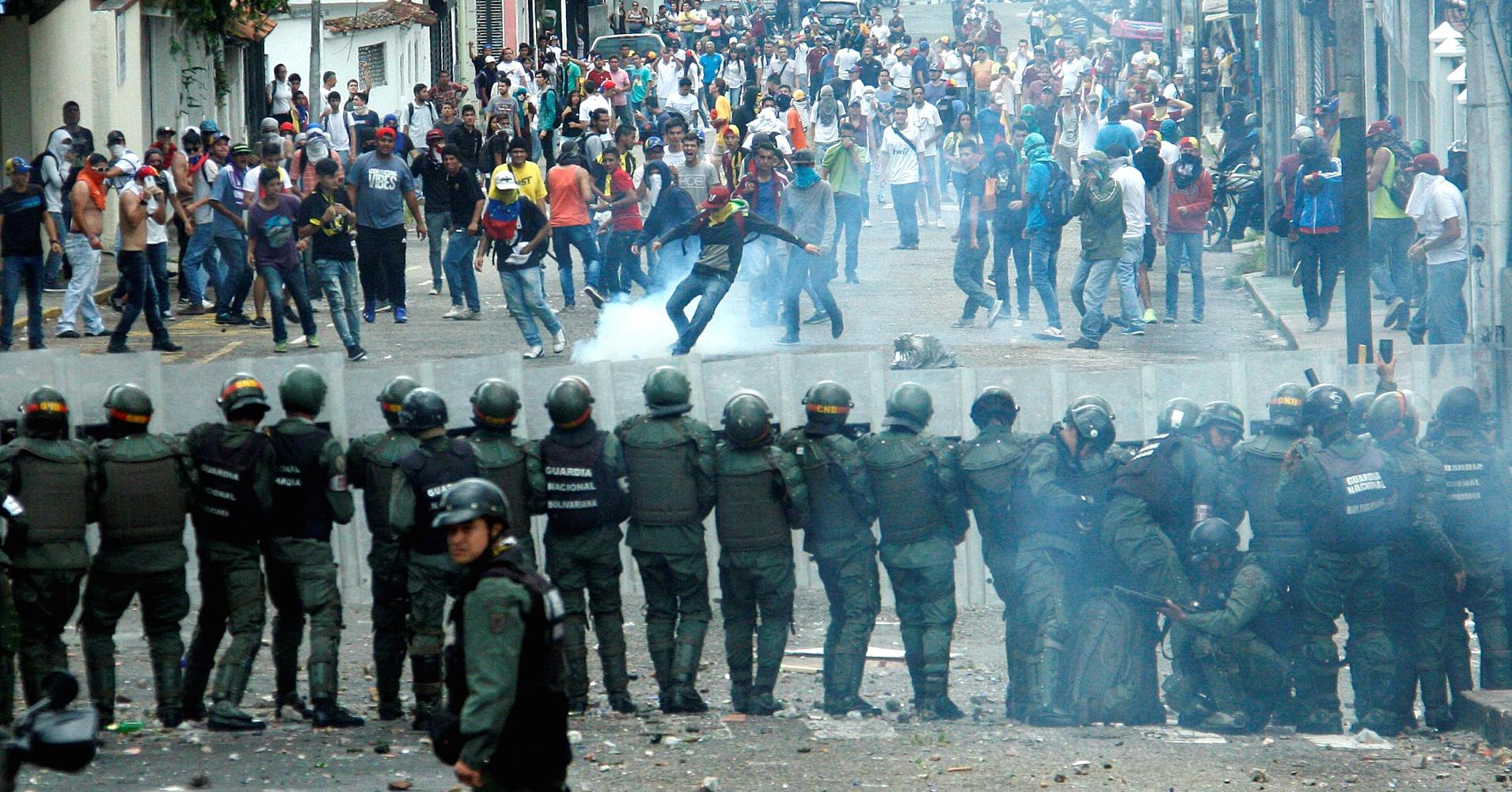 Soldiers sent in to subdue looting during protests – Venezuela

Soldiers sent in to subdue looting during protests – Venezuela: Venezuela sent in 2,600 troops to the western region of Tachira to stop looting and rioting amid the continued anti-government protests.

At the state capitals shops and businesses were closed and soldiers stood at guard. Three people, which included two teenagers, were killed in Tachira earlier this week.

The rallies which called for early elections and to put an end to the economic crisis started in early April 2017. So far, as a result of those rallies 43 people have died across the country. President Nicolas Maduro had accused the opposition of inciting violence by calling people onto the streets. While talking to the state operated television on Wednesday, 17th May 2017, Defense Minister Vladimir Padrino Lopez had said that he had ordered 2,000 guards and 600 special operations troops. According to Mr Lopez the deployment was initiated to ease out tensions. Reports suggest that the looting in parts of San Cristobal has continued.

According to local residents people had looted items such as coffee, nappies and cooking oil. A 15 years old boy had died in hospital after he was shot during a looting spate in San Cristobal. The boy was named as Jose Francisco Guerrero.

According to Mr Lopes the military operation in Tachira was part of a plan; he was referring to Plan Zamora which has been started to ease out tensions and to pacify the situation. The government has provided little details about the plan. According to the information provided the Zamora plan’s part one involved an increase presence of heavily armed troops and riot police to quell a spate of violent looting. The civil society claims that it also involved large scale arrests of anti government protesters and the usage of military courts to try them.

Mr Lopez had assured Venezuelans that armed forces would not use weapons against civilians and that they would not be carrying pistols and machine guns. Mr Lopez blamed the deaths on government opponents saying that they were caused by home made weapons.