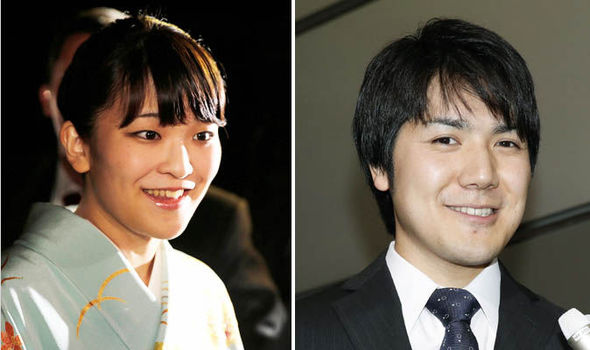 Japanese princess to lose her royal status if she marries a commoner: Princess Mako, a member of Japan’s royal family, is going to surrender her royal status by marrying to a commoner. The 25-year-old is the eldest granddaughter of Emperor Akihito will become engaged to law firm worker Kei Komuro, also 25. The couple met whilst studying together.

Japanese traditional imperial law requires a princess to leave the royal family after marrying a commoner. The scenario is expected to reignite debate on royal succession, with the emperor also possibly abdicating soon.

According to the local media the Imperial household told local media that plans were under way for the princess’s engagement. The engagement will only become official after a ceremonial exchange of gifts.

Earlier Princess Mako’s aunt, Princess Sayako, had married a commoner in 2005. It was the first time a Japanese royal had become a commoner. Her wedding to an urban planner for the Tokyo city government, was described as a low key event. And Sayako was left to adjust to her more humble surrounding. She moved into a one-bedroom apartment, had to learn how to drive, shop in a supermarket and buy furniture. Princess Sayako is the only daughter of Emperor Akihito.

Emperor Akihito, 83, had hinted last August that he wanted to stand down, citing that his age could interfere with his duties. No Japanese emperor had abdicated for two centuries. The current law currently does not allow it, but Japan is currently considering legal changes to allow the emperor to abdicate. However, the new legislation is expected to remain unchanged in relation to a males-only succession law. Due to the law there are only four heirs to the Chrysanthemum Throne: Akihito’s son Crown Prince Naruhito and Prince Fumihito, Prince Hisahito (Fumihito’s son) and the emperor’s younger brother, Prince Masahito.

After news of Princess Mako’s upcoming engagement broke, Cabinet Secretary Yoshihide Suga was quoted by news agency as saying “There is no change in our view to proceed with consideration of steps to ensure stable imperial succession.”