US aircraft intercepted by Chinese jets – says US 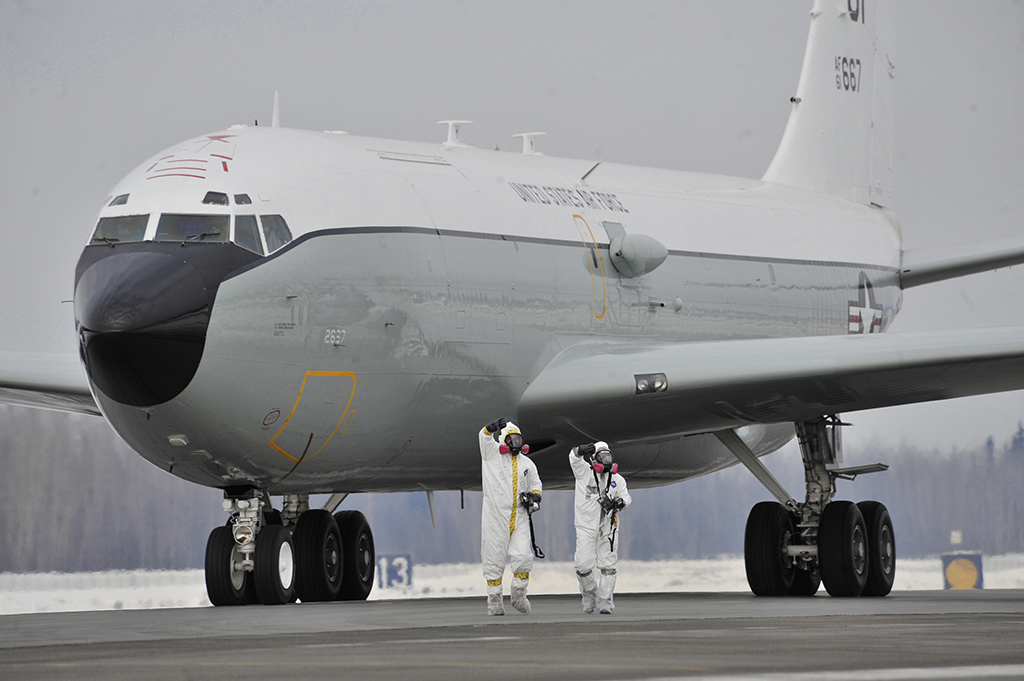 US aircraft intercepted by Chinese jets – says US

US aircraft intercepted by Chinese jets – says US: US military has said that two of the Chinese Sukhoi Su-30 jets have conducted an “unprofessional” intercept of a US aircraft.

The US plane WC-135 was on a mission to detect radiation in international airspace over the East China Sea. According to the US officials, one of the Chinese jets came as close as 150ft (45m) to this US aircraft.

US activity near the resource-rich international waters off Chinese coast has given rise to China’s suspicion which has repeatedly led to tensions between the two countries.

Lieutenant Colonel Lori Hodge, US Air Force spokesperson, said.”The issue is being addressed with China through appropriate diplomatic and military channels.” The interception was deemed unprofessional “due to the manoeuvres by the Chinese pilot, as well as the speeds and proximity of both aircraft” Lieutenant Colonel Lori Hodge said. She further added that a military investigation was underway.

The sniffer aircraft has previously been used by the US to detect evidence of possible nuclear tests by North Korea. Earlier in February, a US aircraft carrier had started what Washington described as “routine operations” in the South China Sea, with a fleet of supporting warships.

The deployment had come despite warnings by the Chinese against challenging Beijing’s sovereignty in the region. In May 2016, two Chinese fighters had carried out a similar interception of a US military aircraft over the South China Sea. At that time the US military had said that its maritime reconnaissance aircraft was carrying out a routine patrol in the area.