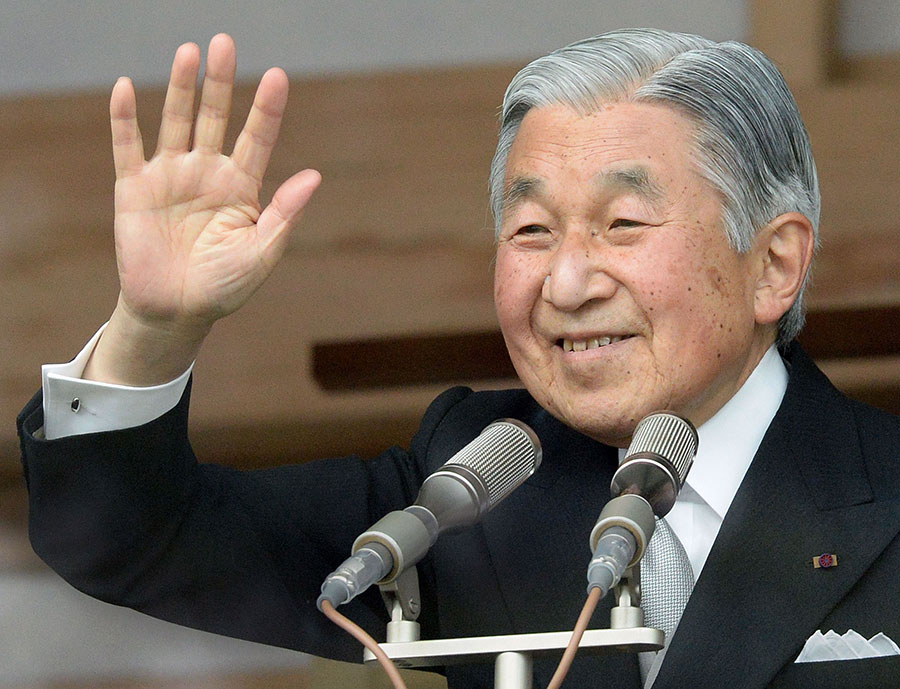 The 83 year old emperor had said in the previous year that his health was making it hard for him to fulfil his official duties.

However, there is no such provision under the existing law which allows him to abdicate and be succeeded by Crown Prince Naruhito. The bill will now be passed to the parliament and it is widely expected that the bill will get all clear. This would be the first time a Japanese emperor will step down ever since Emperor Kokaku in 1817.

Yoshihide Suga Chief Cabinet Secretary told the reporters on Friday that the government “hopes for the smooth passage of the legislation.” Emperor Akihito already has had a heart surgery and has also been treated for prostate cancer. He has been on the throne since the death of his father, Emperor Hirohito, in 1989. Emperor Akihito is loved and revered by many Japanese.

During a rare address to the nation in August 2016, Emperor Akihito had said that he was beginning to feel “various constraints such as physical fitness and has made me contemplate on my role and my duties as the emperor in the days to come.” The emperor is constitutionally barred from making any comments on politics, so he could not say explicitly that he wanted to stand down.

According to the media the bill which was approved by the cabinet on Friday mentions the widespread public support for the emperor’s wishes. The bill says that on abdication Crown Prince Naruhito will immediately take the Chrysanthemum Throne. However neither he nor his successors would be allowed to abdicate under the same law.

The date for the abdication will be set by the government but is expected to be in December 2018. As the constitution does not allow women to inherit the throne Princess Aiko, the daughter of Crown Prince Naruhito, cannot succeed her father.

A debate about whether or not a woman should be able to ascend the throne was initiated in 2006 when the emperor had no grandsons, but was postponed after a boy was born to the imperial family. Royal women’s role discussion arose again in this week when it was announced that Princess Mako Akihito’s eldest grandchild was to be engaged to a commoner.

The Japanese law states that the 25 year old will have to give up her royal status and enter private life after her marriage.