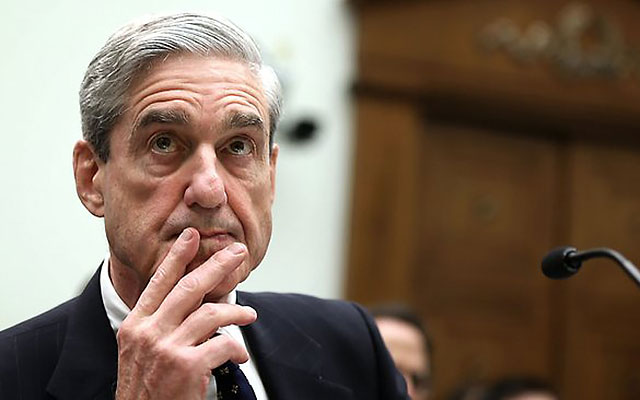 President Trump while speaking to a press conference in Washington denied any collusion with Russia during his election campaign last year. The President went on to further state that “The entire thing has been a witch hunt and there is no collusion.”

The inquiry is going to be led by the former FBI chief Robert Mueller. Mr Mueller’s appointment was welcomed by politicians from both sides. The calls for a special investigation had started after President Trump had fired FBI Director James Comey last week. Yesterday, Mr Trump had denied trying to influence the investigation by sacking Mr Comey.

President Trump had said “Director Comey was very unpopular with most people… I actually thought when I made that decision that it would be a bipartisan decision because you look at all of the people on the Democratic side, not only the Republican side, that were saying such terrible things about Director Comey.” On Wednesday, President Trump had said that no politician in history “has been treated worse or more unfairly” than himself.

White House was caught by surprise with the announcement of a special counsel. President Trump was informed of the decision after it had been signed by the Deputy Attorney General Rod Rosenstein. The FBI and Congress are looking into potential links between President Trump’s campaign team and Russia. Mr Mueller will be taking over the FBI investigation.

US intelligence agencies believe that Moscow had tried to tip November’s presidential election in favour of President Trump. Meanwhile, a report suggested that former President Trump’s former aide Michael Flynn had told his transition team that he was under federal investigation for working as a paid lobbyist for Turkey during election campaign. Michael Flynn had told this to the transition team at the beginning of January, which is earlier than what was previously thought.

President Trump had appointed Mr Flynn as his national security adviser weeks later despite being warned. Mr Flynn was sacked just after 24 days of his appointment.

In the statement announcing Mr Mueller’s appointment, Mr Rosenstein said: “The public interest requires me to place this investigation under the authority of a person who exercises a degree of independence from the normal chain of command.”