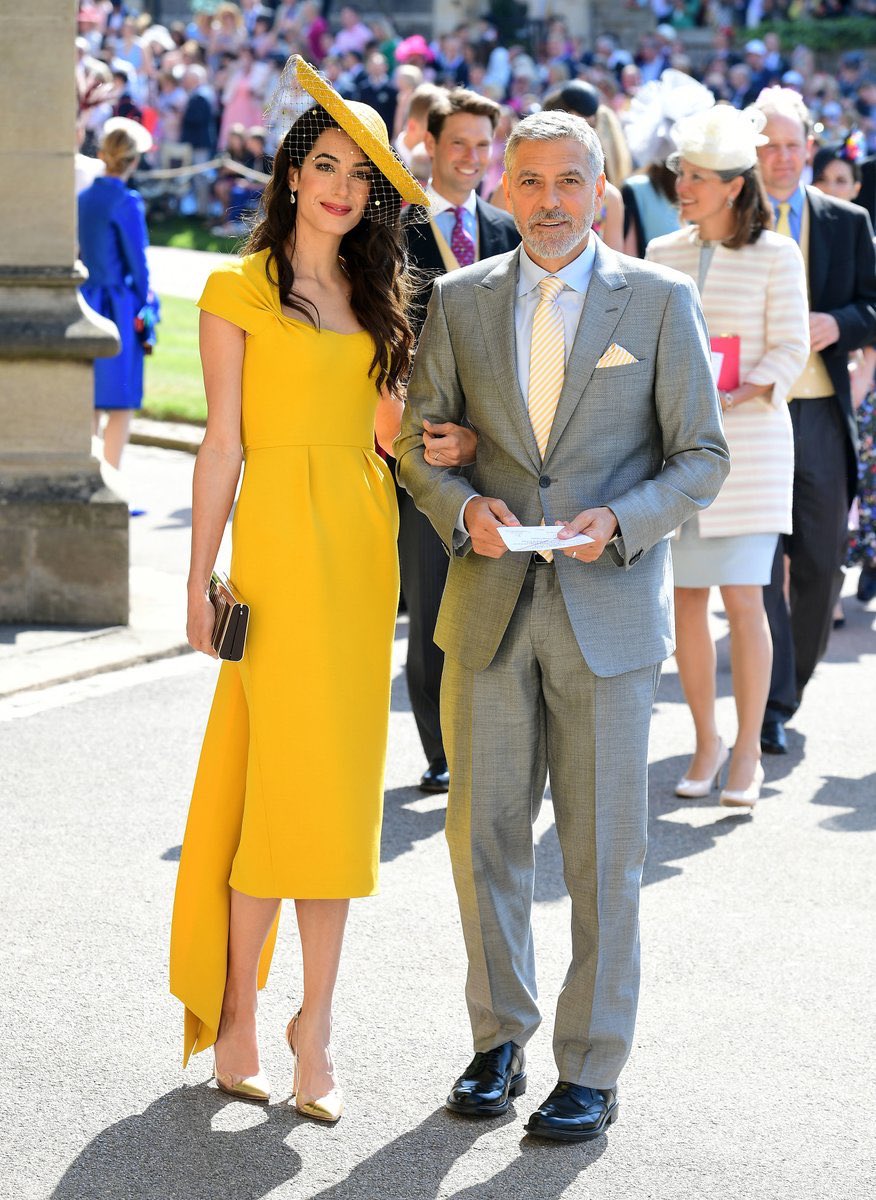 Star-Studded Royal Wedding: Oprah Winfrey, Clooney, Priyanka Chopra were among a swing of celebrities among the 600 guests Prince Harry and Meghan Markle invited to their wedding ceremony, an event from which politicians were excluded.

While Oprah Winfrey seemed a tad confused about her seating assignment, Serena Williams documented her journey to St. George’s Chapel on Instagram.

Indian actress Priyanka Chopra, a friend of the bride’s, walked into the chapel in a light heather grey Vivienne Westwood pencil skirt and matching jacket with an asymmetric collar.

Tennis star Williams, accompanied by her husband, Reddit co-founder Alexis Ohanian, chose a blush, long-sleeve silk drape dress by Atelier Versace to go with her fascinator in pale pink, a hue also favored by Winfrey and others for the royal wedding.

Elton John, looking dapper in tails, did double-duty as a wedding guest and a performer at the luncheon reception hosted by Queen Elizabeth II. He sported pink eyeglasses as he arrived with husband David Furnish.

George and Amal Clooney, James Corden and David and Victoria Beckham also watched the nuptials on the grounds of Windsor Castle – Ms. Clooney in a bright yellow Stella McCartney dress and matching hat.

It seemed her hubby walked just slowly enough to keep her out of peril in her heels on the castle’s menacing cobblestones.

The estimated net wealth on display during the recent Prince Harry-Meghan Markle wedlock in Britain has been estimated to be around three billion Pounds or Pakistani Rupees 467 billion, an amount larger than the national debt of some countries on the planet, reports the 115-year old British national daily tabloid newspaper “The Mirror” that happens to be the fifth most-circulated newspaper in Britain with a circulation of nearly 0.6 million copies every day in 2018.

A widely-subscribed British newspaper “Daily Mirror” maintains: “It was the most star-studded wedding in history as Hollywood stars rubbed shoulders with the British aristocracy.”