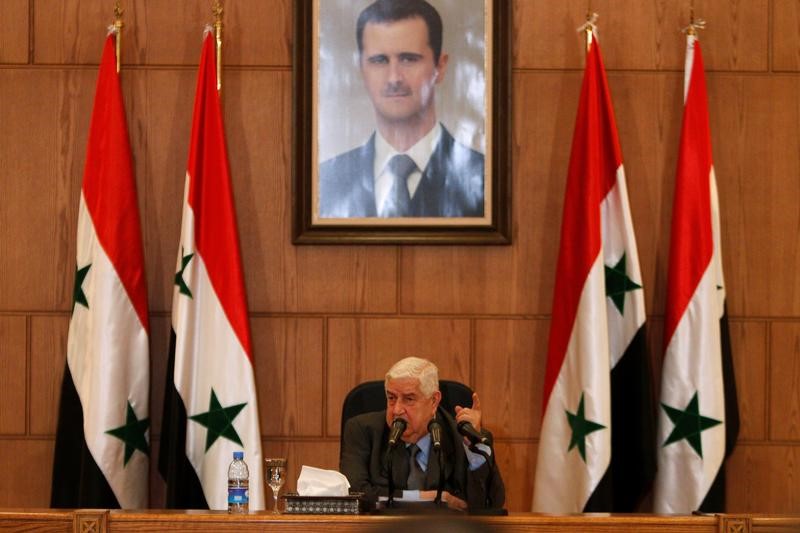 Syria will abide by ‘de-escalation’ plan: foreign minister: Syrian Foreign Minister Walid al-Moualem said on Monday that his government would abide by the terms of a Russian plan for “de-escalation” zones so long as rebels also observed it.

Speaking at a televised news conference, he said that rebels involved in the process must help clear areas they control of jihadist factions, including the former Nusra Front, and that the deal’s guarantors must help them to do this.

The deal for de-escalation zones was brokered by Russia, with backing from Turkey and Iran, during ceasefire talks in the Kazakh capital Astana last week and came into effect at midnight on Friday, but some fighting has continued in those areas.

Moualem said a separate peace talks process under United Nations auspices in Geneva was not progressing. Local “reconciliation” deals that the government is pursuing with rebels were an alternative to that process, he said.

He added that there would be no role for either the United Nations or other “international forces” in the de-escalation zones, but said without giving further details that Russia had said military police would play an observer role.

A spokesman for the U.N. secretary general’s special envoy to Syria, Staffan de Mistura, declined to comment on those remarks.

Moualem also said the United States seemed to have concluded that it must reach an understanding with Russia for a solution to the Syrian crisis.

He warned that if Jordanian forces entered Syria without coordinating with Damascus, it would be considered an act of aggression, but that Syria was not about to confront Jordan.

Speaking about the military situation inside Syria, Moualem said Deir al-Zor, a city and province occupied by Islamic State in the east, was the “fundamental objective” for government forces and was more important to the average Syrian than Idlib, a northwestern province that is an opposition stronghold.

Asked about U.S. backing for Kurdish groups fighting Islamic State in northeast Syria, he said that what Syrian Kurds were doing in fighting the jihadist group was “legitimate” at this stage and falls within the framework of preserving Syrian unity.