The Difference Between An Equitable And Legal Claim: HumSub.TV

May 14, 2018 The Difference Between An Equitable And Legal Claim 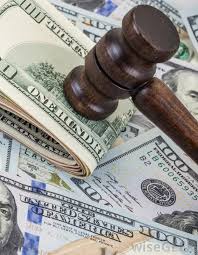 The Difference Between An Equitable And Legal Claim

The Difference Between An Equitable And Legal Claim: Legal Claims: What are legal claims? In a legal claim, the plaintiff has to explain to the court how an action of the defendant has caused him to incur a loss. This could have been related to an incident that has occurred in the past. However, the filing of a limited claim is not just tied down to past events. If the plaintiff is in a situation where he/she is suffering continual loss or damage due to any action of the defendant, it can be brought to the court.

The purpose of filing a legal claim is to secure a compensation for the plaintiff. If the claimant is able to successfully prove the losses that have been incurred, the judge then orders the defendant to reimburse for loss of injury. This is known as “damages”. It is important to ascertain what are legal claims as there is a clear difference between legal and equitable claims.

An injunction is awarded in order to make sure a person does not perform a certain action in the future that could prove to be harmful to the plaintiff. That being said, it seems as if an injunction is awarded on the basis of speculation. However, this is not the case at all. In order to seek an injunction, the plaintiff would have to produce some evidence to show the judge the defendant is likely to actually perform the said action which would then result in harm or a loss to him/her.

An injunction is not always issued in the spirit of prohibiting or preventing an action. In some cases, injunctions merely demand that a certain thing be done, or not stopped if it’s already happening.

The major difference between a legal and an equitable claim is therefore in the nature of the outcome. While the former wins an award of a financial nature, the latter can not always be justified by monetary amounts and requires a manifest action or otherwise.