May 19, 2018 The Gigantic Gas Cloud In Space Could Create New Stars 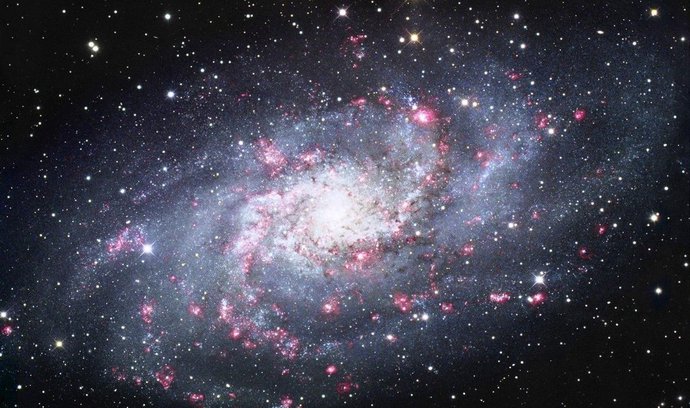 The Gigantic Gas Cloud In Space Could Create New Stars

The Gigantic Gas Cloud In Space Could Create New Stars: Gas cloud in space, stars, alien objects and all such items has always been mysterious and extremely interesting subjects which grasp our attention. Those beautiful stars we gaze at in the dark night skies were formed millions of year ago. The reason that we see them is because their light is travelling to us from so very far ago!

The formation of stars is an extremely fascinating topic. How after all, are those gorgeous twinkly stars formed? It is interesting to know that the stars we see take birth within clouds of dust.

These dust clouds generate turbulence, which in turn gives rise to lumps with sufficient mass that it causes the cloud to collapse. This collapsing cloud causes the material in the center to gain heat. It is this hot center, called a protostar that will gradually transform into a star. However, all of these do not result in stars, some end up as asteroids or comets and can even become planets.

New stars in the Milky Way?

An enormous cloud of gas, called the Smith Cloud, was hurled out of the Milky Way millions of years ago. It has recently been observed that the cloud is making its way back to the galaxy, travelling at nearly 700,000mph. This gas cloud in space has the ability to form a whopping two million new stars! How bright would our skies be then? However, the sad fact is that we would not be able to witness this spectacular event, as it is estimated that the impact will not happen for another thirty million years!

Scientists studying the Smith Cloud have found that it is shaped like a comet and is travelling at a very high speed. They have also been able to discover that it contains heavy atoms which are usually then converted into stars. It is due to its composition of heavy atoms that scientists believe it was ejected from our very own galaxy.

This is just an example of the utter vastness of our universe and our complete insignificance in relation to it. Doesn’t it make you wonder?