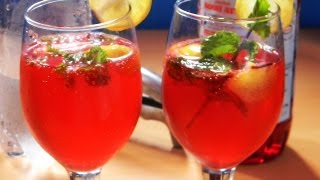 Jam e Shirin Vs Rooh Afza: Ramazan Popular Drinks: Rooh Afza: Starting as a small herb shop, Hamdard grew successfully. While the group is known for many things today, including their herbal medicines and the Hamdard Matabs, the one Hamdard product gained popularity in Pakistan is Rooh Afza.

Rooh Afza is an iftar must-have and is deeply associated with Ramazan in the country. The association of the product with fasting in Pakistan is no accident.

In 2012, when Pakistan’s Independence Day fell in Ramazan, the company published an ad recalling August 14, 1947, which also happened to be the 27th day of Ramazan.

A lot had changed between 1906, when Rooh Afza was first launched, and 1987, The Pepsi franchise came to Pakistan in 1979. Coca-Cola had been around since 1953. From these early days, fizzy drinks closely associated themselves with a healthy lifestyle.

Rooh Afza’s strategy to hit back was pretty much saying:” imitation is the best form of flattery; unfortunately for you, Rooh Afza can’t be imitated”.

Today, the rivalry between the ” traditional Red Juices”may not be as overt as it was back in the 1980s, but it is alive and well.

Qarshi Industries (Pvt.) Ltd. is one of the largest natural products manufacturers in Pakistan. It is a modern and progressive facility that manufactures and markets leading brands which have become household names. Qarshi is engaged in promoting healthy living since seven decades. It has been offering blend of age-old Oriental and Greek herbal preparations with the latest advancements in science and technology to provide safe and effective products to its consumers.

Jam e Shirin, having natural thirst-quenching properties, hydrates the body imparting a sense of satisfaction and tranquility in summer. A serving of chilled Jam e Shirin readily restores vitality and freshness while cooling the body and mind. In cold weather it can be enjoyed in warm milk.

Depending on your taste, or the preferences of your host, Rooh Afza or Qarshi’s Jam-e-Shirin, are almost certain to make an appearance at most iftar tables.

Which one is your favorite Jam e Shirin or Rooh Afza!!!