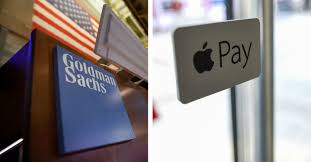 Apple And Goldman Sachs Join Hands: Credit cards are used extensively nowadays. This is partly due to the huge convenience that it offers and also can be put down to security concerns with carrying large amounts of cash. Credit cards are an immense help to most of the people scrambling to make ends meet. It allows them to avail what is in reality a short term loan, without the hassle of actually taking out a loan.

Furthermore, it also helps cope with unexpected expenses, as payment can simply be done on credit card and then repaid later. In case of loss or theft, a simple phone call to the company blocks your card and is thus a lot safer than carrying cash.

Apple and Goldman Sachs joint credit card is understandably huge news in the market. The two would no doubt make a formidable pair!

Goldman Sachs is known as one of the giants in the investment banking, securities as well as investment management industry. It has a long standing history, with the origin of the company being placed at 1882. The firm has a substantial and diversified portfolio of well-known clients to which they provide a range of financial services. The client base includes corporations, financial institutions, individuals and even governments.

Apple itself is a highly famous brand and is well known for its iPhones. Other products such as iWatch, Apple TV and computers are also wildly sought after.

The reason for a good introduction of the two companies lies in the fact that the significance of the news of the Apple and Goldman Sachs joint credit card can only truly be gauged once it is understood that the event transpiring would essentially be a fusion of the giants of industries.

The venture obviously lends benefits to both parties. The said card would help to put Apple Pay in the spotlight. For Goldman Sachs, this would mean a boost to the brand as consumer friendly as well as tech-friendly. The move seems like a logical step forward, especially for Goldman Sachs as they are seeking to strengthen their stance.