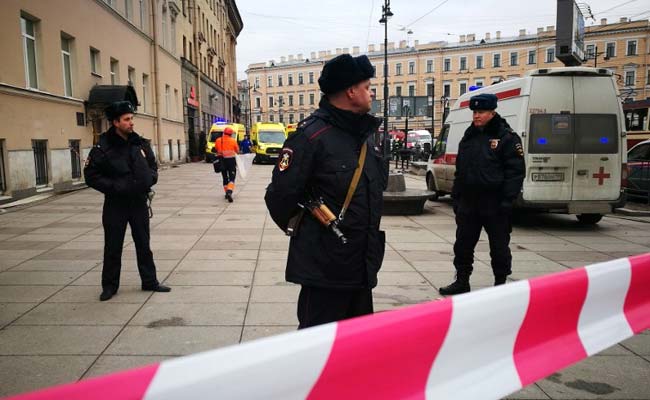 Three suspects in Russia metro bombing charged with terror: Three suspects in last month’s bombing in the Saint Petersburg metro have been charged for their involvement in a “terrorist act”, Russian investigators said on Thursday.

Russia’s Investigative Committee said suspects Bakhram Ergashev, Ibragimzhon Ermatov and Makhamadyusuf Mirzaalimov had been charged with involvement in a “terrorist act” and for having illegally used explosives.

Seven other suspects in the April 3 attack, which killed 15 people, will be charged in the near future, the committee said. The Imam Shamil Battalion, a group suspected of links to Al-Qaeda, claimed responsibility for the bombing, US monitor SITE Intelligence Group said last month.

In a statement by the group cited by SITE, it said the bombing served as a message to Russia and countries engaged in war with Muslims that the ‘price’ of that war was ‘expensive’.

The claim came weeks following the attack, after Russian investigators had said they were looking into possible ties with Islamic State militants, who had threatened to attack Russia in retaliation for its intervention in Syria.

Russian authorities have attributed the attack to 22-year-old Akbarjon Djalilov, thought to be a Russian national born in Kyrgyzstan, who died in the blast.