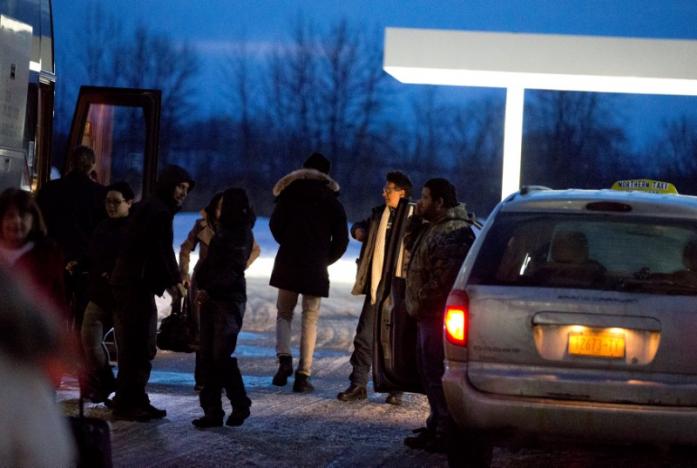 It said in a statement the fines came as part of a settlement, after the three companies, Northern Taxi, Town Taxi and C & L Taxi, “admitted to not posting rates as required by law.”

Illegal crossings from the United States into Canada have become increasingly common in the months since US President Donald Trump, who campaigned on a pledge to crack down on undocumented immigrants, took office in January.

“It’s no secret that we’ve seen an intense fear in immigrant communities across New York in recent months. To take advantage of that fear for financial gain is simply unconscionable,” New York Attorney General Eric Schneiderman said in the statement.

“My office won’t hesitate to crack down on those seeking to take advantage of this climate of fear.”

As part of the settlement, the Plattsburgh companies will pay penalties ranging from $350 to $2,500.

Northern Taxi did not immediately respond to phone calls seeking comment. The owner of C&L Taxi said she was not aware of the allegations. The operator of Town Taxi said they had not publicised fares.

On Wednesday, Reuters published a report about asylum seekers travelling to the Canadian border, based in part on an interview with C&L Taxi driver Curtis Seymour.

Seymour voted for Trump partly because of his immigration policies but said he had grown increasingly sympathetic to his immigrant passengers.