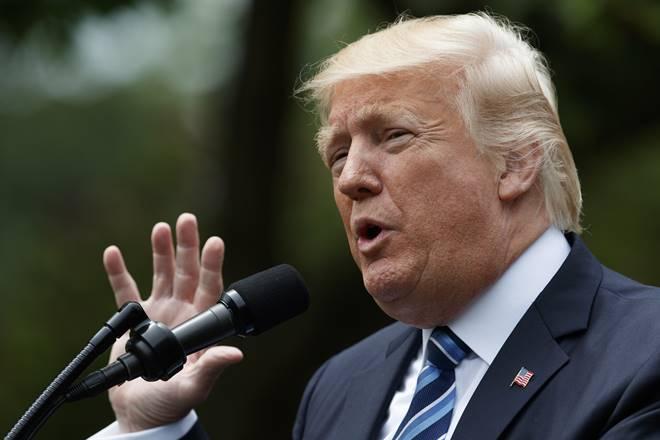 Trump attacks on fired FBI chief meet resistance; Russia probe proceeds: President Donald Trump on Thursday ran into resistance for calling ousted FBI chief James Comey a “showboat,” an attack that was swiftly contradicted by top U.S. senators and the acting FBI leader, who pledged that an investigation into possible Trump campaign ties to Russia would proceed with vigor.

In his first interview since firing Comey on Tuesday, Trump appeared to try to underscore that Comey’s dismissal was about his performance at the Federal Bureau of Investigation and not about the Russia probe.

Trump faces accusations from Democrats that he fired Comey to hinder the FBI investigation into U.S. intelligence agency allegations that Russia meddled in the 2016 presidential election to benefit Trump. The probe has hung over Trump’s presidency since he took office in January and threatens to overwhelm his policy priorities.

“He’s a showboat. He’s a grandstander,” Trump told NBC News. “The FBI has been in turmoil. You know that, I know that, everybody knows that.”

Trump’s characterization was odds with that of the top Republican and Democratic lawmakers on the Senate Intelligence Committee.

At a hearing on Thursday, the Republican chairman of the panel, Richard Burr, and the top Democrat, Mark Warner, praised Comey. Warner said he was offended at Trump’s remarks.

Acting FBI Director Andrew McCabe, testifying in place of Comey, contradicted Trump’s appraisal of turmoil at the FBI, saying that Comey had “broad support” from the rank and file “and still does to this day.”

A White House spokeswoman on Thursday morning had said that Trump was expected to soon visit FBI headquarters, but MSNBC later reported that plan had been thrown out after agency officials told the White House that Trump would not be greeted warmly following his firing of Comey.

McCabe promised to tell senators of any White House meddling into the agency’s probe on Russia. Democrats have called for a special counsel to look into the matter.

“It is my opinion and belief that the FBI will continue to pursue this investigation vigorously and completely,” McCabe told the senators.

Moscow has denied interference in the election, and the Trump administration denies allegations of collusion with Russia.

In firing Comey, Trump said he knew he ran the risk he would “confuse people” and “lengthen out the investigation” into ties to Russia.

“In fact when I decided to just do it, I said to myself, I said, ‘You know, this Russia thing with Trump and Russia is a made-up story, it’s an excuse by the Democrats for having lost an election that they should have won,” he told NBC.

Trump said in the interview that he never pressured Comey into dropping the FBI probe, adding: “If Russia did anything, I want to know that.” Trump said there was no “collusion between me and my campaign and the Russians,” but that “the Russians did not affect the vote.”

His explanation of why he fired Comey ran counter to previous administration explanations of Comey’s dismissal.

Rosenstein, who met privately with some senators on Thursday, was invited to brief all 100 senators next week, Senate Democratic leader Chuck Schumer said. Schumer said he hoped that Sessions would also speak to senators separately on the firing of Comey.

In the House of Representatives, Justin Amash, a Republican member of the conservative House Freedom Caucus, said on Twitter that he had signed onto Democratic-sponsored legislation calling for an independent, bipartisan commission to probe Russian meddling in last year’s U.S. election campaign.

U.S. intelligence agencies concluded that Russian President Vladimir Putin ordered an effort to disrupt the election that included hacking into Democratic Party emails and leaking them, with the aim of helping Trump.

Leaders of the U.S. intelligence agencies, including Director of National Intelligence Dan Coats and CIA chief Mike Pompeo, testified to the senators on Thursday that they agreed with that finding.

Trump, in his interview, also gave further details of his account that Comey had told him on three separate occasions that he was not under investigation in the Russia matter.

Trump said the dinner with Comey was at the White House and Comey wanted to discuss staying on as FBI chief. “We had a very nice dinner. And at that time, he told me: ‘You are not under investigation.'”

White House spokeswoman Sarah Huckabee Sanders said she believed it was not a conflict of interest for a president to ask the FBI chief such a question.

At the Senate hearing, McCabe testified it was not typical practice to tell people they were not a targets of an investigation.

Republican chairman Burr asked McCabe whether he ever heard Comey tell Trump that the president was not the subject of investigation. McCabe sidestepped the question, saying he could not comment on an ongoing probe.

Warner, the top Democrat on the panel, said it was “hard to avoid the conclusion” that Trump’s firing of Comey was related to the Russia investigation.

“And while it’s clear to me now more than ever that an independent special counsel must be appointed, make no mistake our committee will get to the bottom of what happened during the 2016 presidential election,” Warner said.