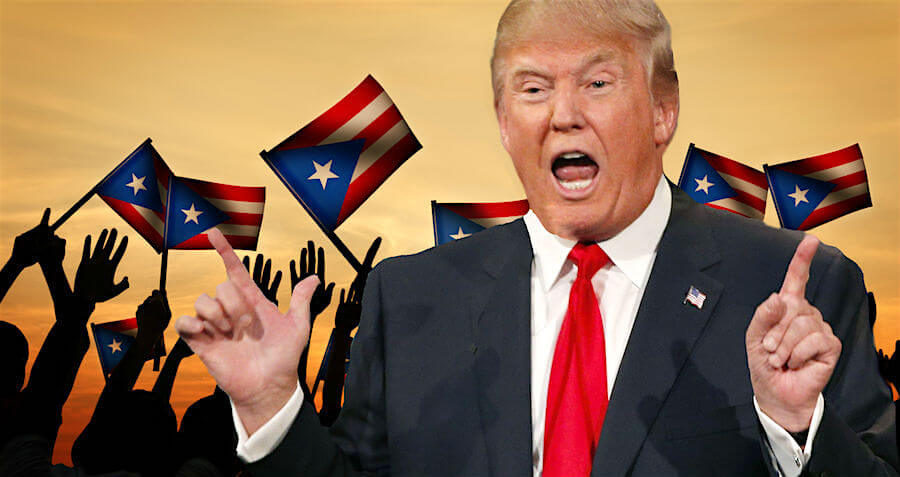 President Donald Trump will fly to Puerto Rico on Tuesday to view the havoc wreaked by Hurricane Maria, giving him the chance to show solidarity with survivors and demonstrate how his government intends to help them recover.

Trump will have to navigate resentment from Puerto Ricans frustrated that they are still struggling with basic necessities two weeks after they were hit by the worst hurricane in 90 years – tensions that were exacerbated when Trump berated critics of his government’s response.

Trump lashed out at San Juan Mayor Carmen Yulin Cruz for “poor leadership” on the weekend after she criticized the federal response. He said some people on the island “want everything to be done for them.”

The White House invited Cruz to participate in Trump’s visit, though it was not immediately clear whether she had accepted.

The economy of the U.S. territory, home to 3.4 million people, was already in recession. Its government filed for bankruptcy in May. The storm wiped out the power grid, and less than half of residents have running water.

Two weeks on, it is still difficult for residents to get a cell phone signal or find fuel for their generators or cars. About 88 percent of the cellphone sites are still out of service.

Valentine Navarro, 26, a salesman in San Juan, shrugged off Trump’s trip as a public relations exercise.

“I think he’s coming here because of pressure, as a photo-op, but I don’t think he’s going to help more than he has already done – and that’s not much,” Navarro said.