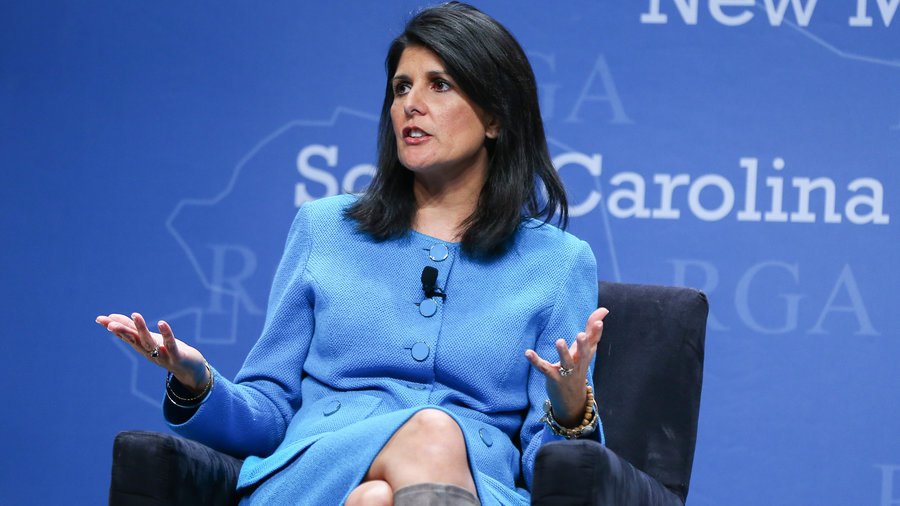 The UN council on Monday had unanimously condemned North Korea’s latest missile test and had warned of new sanctions. While North Korea had claimed that he missile it had tested on Sunday was a “newly developed ballistic rocket” and it was capable of carrying a large nuclear warhead. The missile had flown some 700km (435 miles) and had reached an altitude of 2,000km, while it landed on the sea west of Japan. But South Korea has been unable to verify the claims.

Speaking to a closed-door Security Council meeting on Tuesday, Mrs Haley had warned the countries giving their backing to North Korea to stop or face the consequences. She further added “If you are a country that is supplying or supporting North Korea, we will call you out on it. We will make sure that everyone knows who you are and we will target those sanctions towards you as well” at this moment she was flanked by the UN ambassadors to Japan and South Korea. She also mentioned that “Washington would consider talks with Pyongyang only if the country halted all nuclear and ballistic missile tests.”

She also confirmed that the US and China – North Korea’s only ally in the region – were working together on a new Security Council resolution targeting North Korea.”Sanctions are something that we are looking at and we are going to continue to see where that takes us.” On Monday, in a statement, the 15-member council had demanded that Pyongyang conduct no further ballistic missile tests. The Council had imposed six sets of sanctions against the North since 2006.

It is known that North Korea is developing both ballistic and nuclear weapons and has conducted five nuclear tests. North Korea has developed the missiles capable of delivering those weapons to their target. Both the missiles and the nuclear weapons are both are in defiance of UN sanctions. Experts believe that North Korea might not have the ability to make weapons small enough to be mounted on a rocket. Furthermore North Korea has never tested an intercontinental ballistic missile (ICBM). If the North Korean’s do develop an ICBM it would increase their target capability and they would be able to target countries such as US. ICBM’s are considered to have a range of 6,000km. But the missile tested on Sunday by North Korea is said to have had a range of 4,000 km had it been on a standard trajectory.