US photographer captures moment of death in Afghanistan 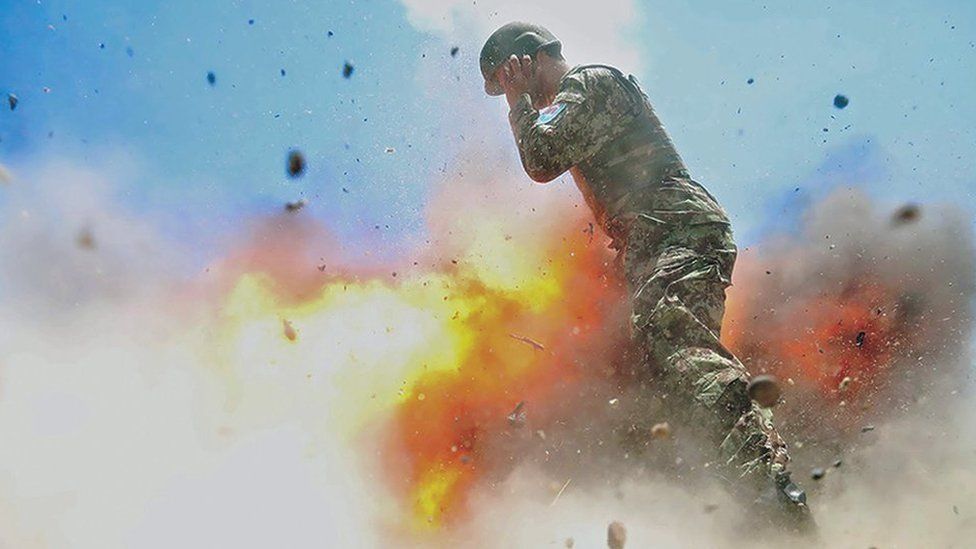 US photographer captures moment of death in Afghanistan

US photographer captures moment of death in Afghanistan: The American military has released photographs captured by a US Army camerawoman of the moment of her death along with four Afghans who died in an explosion.

A photograph taken by an Afghan photojournalist, under Spc Clayton’s training, was also released by the US Army. He was among those who died. The images of the accident, that took place in the eastern province of Laghman, were published by the Military Review magazine.

“Clayton’s death symbolises how female soldiers are increasingly exposed to hazardous situations in training and in combat on par with their male counterparts,” the army wrote in the edition.

“Not only did Clayton help document activities aimed at shaping and strengthening the [US-Afghan] partnership but she also shared in the risk by participating in the effort,” it added.

The Department of Defence named a photography award in honour of Clayton, who was from the US state of Georgia. The award is called the Spc Hilda Clayton Best Combat Camera Award. A five-day test is required to be passed by military photographers of their physical and technical skills to qualify for the award.