US state could become first to enact blanket ban on child marriage: activists 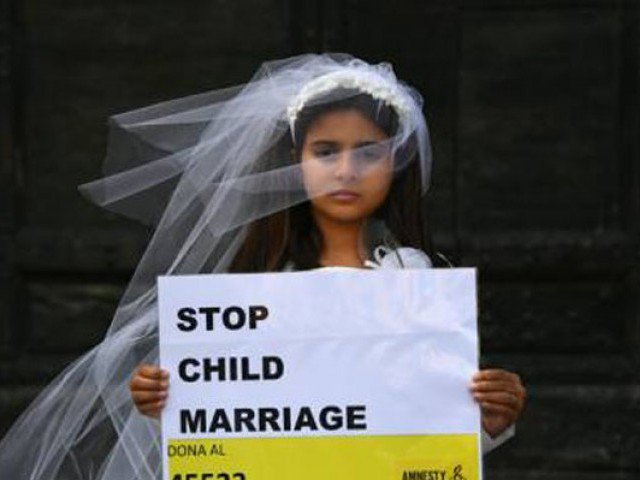 US state could become first to enact blanket ban on child marriage: activists

Viewed as the strongest such bill to be considered in the United States, it would prohibit any marriage of children under age 18.

Activists say the practice of underage marriage is rampant in the United States, where about 170,000 children were wed between 2000 and 2010. Most are underage girls married to older men.

While age 18 is the minimum for marriage in most of the United States, states have legal loopholes such as parental consent that allow children to marry, said Unchained, At Last, a nonprofit that opposes arranged and forced marriages.

This measure, after passing both legislative houses in New Jersey, awaits the signature of Republican Governor Chris Christie.

Thursday marks a deadline for the governor to sign it into law or veto it, according to Unchained At Last. If he takes no action, the bill automatically becomes law.

Christie, a strong supporter of President Donald Trump, has given no indication as to his stance on the bill, a spokesman said.

“This is really protecting youngsters, minors, from being put in a situation that could harm them,” Munoz told the Thomson Reuters Foundation.

If enacted, the law would be the nation’s first to outlaw child marriage without exceptions, she said.

“Legislators are still just shocked that this is happening here,” Reiss told the Foundation.

“Once one state takes that step and says ‘We’re ending child marriage, period’ … it makes it so much easier for legislators in other states to say ‘Oh yes, we should do that too.’”

Last year, Virginia adopted a law against child marriage viewed as landmark, although it makes exceptions for certain 16- and 17-year-old children.