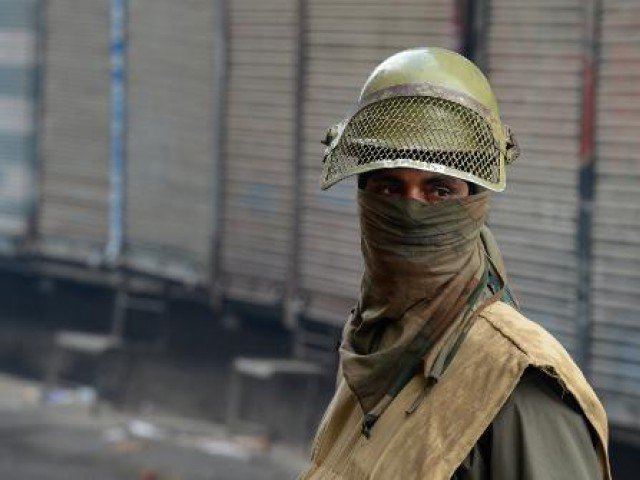 Off-duty Indian soldier abducted, killed in IHK: A military officer who was home on leave for a wedding was abducted and killed in Indian-held Kashmir, the Indian army said on Wednesday.

Villagers found Ummer Faiyaz’s body early Wednesday, a day after he was snatched by unidentified men at his cousin’s wedding. “Some unidentified terrorists yesterday abducted and then killed a young unarmed army officer,” an army statement said.
Kashmir has been divided between Pakistan and India since the end of British rule in 1947 but both claim the territory in its entirety. India has long been accusing Pakistan of aiding militant groups in the disputed valley, a charge Islamabad denies. Around 500,000 Indian soldiers are deployed in Kashmir, making it one of the most heavily militarised places in the world. Many local people deeply resent their presence.
Street protests flared in recent weeks as thousands of Kashmiris vented anger against abuses by Indian forces after a video emerged of a local man tied to the front of an army jeep and used as a human shield.
In an attempt to contain the protests and limit the circulation of videos, India on Wednesday said it would block 22 social media websites in Kashmir for a month. While several Pakistani and Saudi channels also went off the air in most parts of the valley on May 7. Last week the Indian army also launched a massive search operation in southern Kashmir.
For More News:
Visit HumSub TV