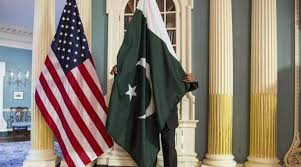 USA Concerns Over Pakistan’s Fight Against Terrorism: The White House deputy press secretary during a press briefing said that President United States Donald Trump is “not satisfied” with the progress shown by Pakistan in its war against terrorism . He was replying a question about Trump’s South-Asia policy.

He stated that USA has restored some clarity in the relationships with Pakistan. He mentioned as “For the first time we are holding Pakistan accountable for her actions”.
However, the deputy press secretary added further that while the US has seen modest progress in terms of Pakistan’s actual acknowledgement of these concerns, “the President is not satisfied with progress made by Pakistan”.

He said more that USA has made significant progress against Islamic State of Afghanistan and has reduced presence of terrorists and eliminated hundreds of fighters. He mentioned as “We have eliminated their top leaders and we are working relentlessly to target their leadership and bases wherever they emerge”.

Earlier in August 2017, USA President Trump had laid down a policy for South-Asia and  warned that the approach would now be more pragmatic than idealistic . He announced that security assistance to Afghanistan was not a blank check.

Trump indicated that this single-minded approach would extend to US relations with Pakistan. He criticized Pakistan for links with the Taliban and for harbouring influential figures from major terrorist groups such as Osama bin Laden. He added as “We can no longer be silent about Pakistan’s safe havens for terrorist organisations.”

He later again criticized Pakistan as he mentioned “We have been paying Pakistan billions and billions of dollars. At the same time they are housing the very terrorists that we are fighting”. The statement of US President showed the lack of mutual trust between the two allied countries. Pakistan also showed serious concerns over the statement of the US President.