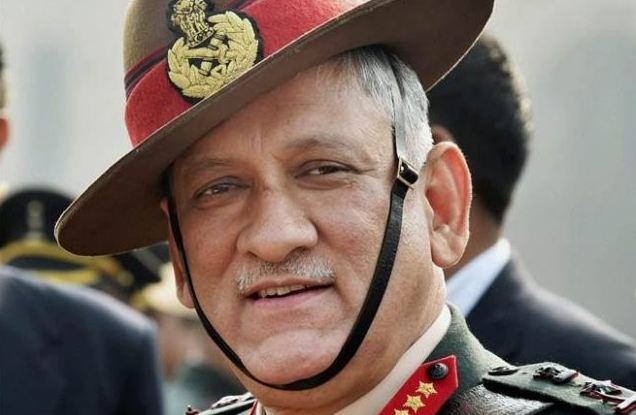 Indian Army Chief’s threat of Surgical strike: Indian Army Chief General Bipin Rawat said that Indian army will give Pakistan a reply soon rather than late for the February 10th attack on a military camp allegedly by militants of Jaish – e – Muhammad. At least, six Indian soldiers and a civilian were killed in the suicide attack in Sunjuwan. India believes that Pakistan backed up the attackers as it was said by deference minister Nirmala Sitharaman “Pakistan will pay for its misadventure”.

Indian Army Chief General Bipin Rawat said in a threatening way “Pakistan thinks it is fighting a war that is paying them dividends but we have several options including surgical strikes.” He further said that he would order a ceasefire at the Line of Control as soon as Pakistan allegedly “stops sending terrorists to India”.

His statement shows that he is not aware of the real situation that is prevailing on the LOC. The Indian troops are violating the LOC for a long time and targeting the civilian that is also the violation of Geneva Convention. The Indian forces have carried out more than 125 ceasefire violations along the LOC and the Working Boundary in the first month of 2018 only that resulted in the death of seven innocent civilians, while injured 20 others. This unprecedented escalation in ceasefire violations by India is continuing from the previous year when the Indian troops committed more than 1900 ceasefire violations, according to a press release from Pakistan’s Foreign Office states.