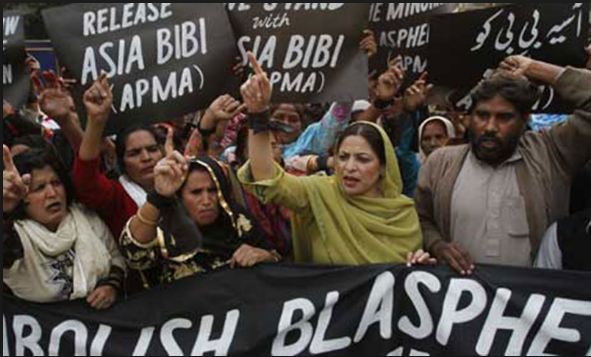 EU Demanded to Release Asia Bibi: The special envoy of European Union for the promotion of religious freedom around the world Jan Figel recently visited Pakistan. He candidly discussed and stressed to the Pakistani government that the future continuity of Pakistan as trade partner of the European Union will be directly linked to the positive development of Asia Bibi’s blasphemy case, a Christian woman on death row for blasphemy since 2010.

The EU countries have started believing that Supreme Court of Pakistan is intentionally delaying the hearing of Asia Bibi due to the pressure of political and fundamental forces of Pakistan.

The EU has said that the renewal of a trade deal with Pakistan will be dependent on the release of Asia Bibi. It is expected that in the forthcoming meetings of EU-Pakistan trade partner status for Pakistan, Asia Bibi being the prime issue of EU, freedom of expression, disappearances of people of dissent and pitiable situation of religious minorities will also be included in the agenda. The prime minister of Pakistan has directly been communicated that the future membership will be subject to the release of Asia Bibi.

The European Union has reportedly conveyed to Islamabad that renewal of Generalized System of Preferences plus facility and future financial assistance in the pipeline will be linked to positive outcome on Asia Bibi, a Christian woman facing death in a blasphemy case. This issue was also discussed at a meeting on GSP plus presided over by Prime Minister Shahid Khaqan Abbasi on January 19, 2018.

EU is the main destination for Pakistani exports. The EU’s share has increased significantly between 2011 and 2016 from 25.7 percent to 37.1 percent. In terms of value, Pakistan’s total exports to the EU increased by 53.6 percent. EU is providing special trade concessions to Pakistan in the form of GSP plus facility in view of Pakistan’s difficult economic and security situation.