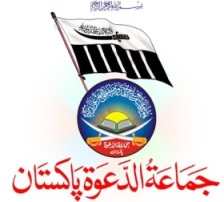 Pakistan’s Stance on Jamat-Ud-Dawa: The government of Pakistan announced that the resolution of the United Nations Organization regarding the ban on Jamaat – ud – Dawa and Falah-e-Insaniat Foundation will be followed. Federal Interior Minister Ahsan Iqbal has said that Pakistan will follow the UN’s resolutions and ban the JUD and FIF. He was addressing the fourth International Conference on the Use of Space Technology for Water Management.

He said “Terrorism is a fatal poison for Pakistan. The National Action Plan is a programme of the Pakistani nation and is being fully implemented. Our measures are not directed to please any country”. He asserted that efforts to implement the ban on JUD and FIF were already underway with provinces following directives from the federal government.
Earlier, on February 14, 2018, the Punjab government banned these two charities linked to Hafiz Saeed.

The resolution came after Pakistan silently amended its anti-terror laws to ban organizations listed as terrorist by the United Nations. The change was made by President Mamnoon Hussain on February 9, 2018 and notified by the law ministry on February 12, 2018.

It is important to note that the role of Pakistan in war against terrorism was negated by Trump, USA president. Unlike the statement of USA president Donald Trump, Pakistan is playing important and constructive role in the war against terrorism. The present statement of Federal Interior Minister Ahsan Iqbal shows that Pakistan is playing her role as a leading country. The real thing of the matter is that the world should accept the sacrifices of Pakistan.