PTI Opposed Appointment of the Protesting Officers in the Caretaker Setup

Feb 27, 2018 PTI Opposed Appointment of the Protesting Officers in the Caretaker Setup 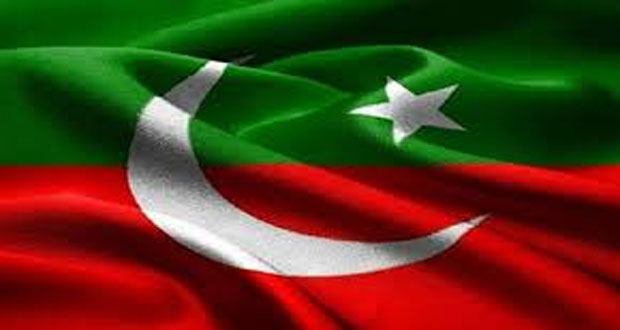 PTI Opposed Appointment of the Protesting Officers in the Caretaker Setup

PTI Opposed Appointment of the Protesting Officers in the Caretaker Setup: Pakistan Tehreek-i-Insaf (PTI) has decided to oppose appointment of the protesting officers of the Pakistan Administrative Services formerly known as District Management Group (DMG) from Punjab in the caretaker setup and during the general elections 2018. PTI has announced a public contact campaign from March 4, 2018.

PTI’s information secretary Fawad Chaudhry said, “PTI would not accept those officer in the next caretaker setup from the Punjab bureaucracy who were currently protesting against the arrest of Lahore Development Authority’s former director general Ahad Cheema by National Accountability Bureau”.

The PTI office – holder said the party had also decided to write a letter to the Election Commission of Pakistan (ECP) in this regard. He said, “the PTI would also ask the ECP not to give any responsibility to these officers during the upcoming general elections of 2018”.
He alleged that the protesting officers had violated their oath under which they were required to perform their duties in a professional manner while remaining impartial. He added that the Chief Minister Punjab and the Punjab Government were behind the protest of the Punjab bureaucracy. He mentioned as “The protesting bureaucracy of Punjab has become a personal servant of Raiwind. The PML-N’s PAS wing will not be acceptable to the party anywhere in the country during the general elections of 2018”.

Earlier the chairman PTI Imran Khan had also accused ex- Prime Minister Nawaz Sharif and his brother Punjab Chief Minister Shahbaz Sharif for using bureaucrats in the centre and the province as their front men in order to protect their alleged corruption.

Briefing about the decisions taken at the party meeting, Fawad Chaudhry said that PTI would start a 35-days public contact campaign with a visit of Imran Khan to the three districts of Karachi on March 4 and it would culminate in Lahore. He also said that PTI chief was considering the option of contesting a National Assembly seat from Karachi in the next elections and during his visit to the city. he would also try to choose the constituency.