Pakistan Prime Minister Imran Khan in his message on the World Polio Day has reiterated government’s resolve to ending the polio from the country.

“Our government is fully committed to ending polio in Pakistan. On #WorldPolioDay, I am confident, together with our people, we will achieve a safer, healthier and polio-free Pakistan for our children,” the premier said.

Pakistan Tehreek-e-Insaf government has given priority to health sector in his 100-Day Agenda.

In his opinion piece published today, Prime Minister’s Focal Person on Polio Eradication, Babar Bin Atta stressed upon the need to getting united to fight this battle .

“Few ideas have greater gravity than the eradication of a human disease – just as people now live free from the fear of smallpox, so a polio-free world is within our grasp. This World Polio Day offers compelling evidence for Pakistan to celebrate the milestones that the country has achieved in its crusade against polio,” he wrote.

“More importantly, however, it is an occasion for serious contemplation: despite being on the brink of eradication, why is Pakistan still one of last three remaining polio endemic countries in the world? Why do hundreds and thousands of children remain unvaccinated in every single campaign despite marked improvements in campaign quality and surveillance? What precautions has the country taken to pre-empt future outbreaks? And the list of questions goes on.”

“At the heart of this success, however, is the support, commitment, and collective conscience of parents, caregivers and communities. These allies always open their doors to ‘Sehat Muhafiz’ teams and ensure that their children receive the necessary polio vaccine drops. By fulfilling their dutiful responsibilities as parents and citizens, they have been key players in creating an environment in which the polio can no longer thrive or debilitate our nation’s youth,” he further added. 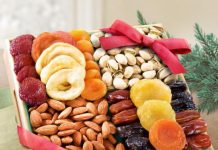