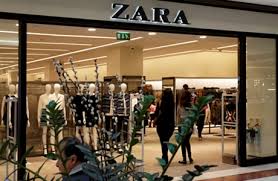 The owner of Zara continued to see strong demand for its fast fashion in the first half of 2017, with both sales and profits up.

Inditex, which also owns brands such as Pull&Bear and Bershka, had a net income of 1.4bn euros (£1.2bn) in the six months to 31 July – 9% higher than the previous year.

The Spanish firm linked the growth to making a “quick transition” to its autumn-winter range in August.

However, it said the strong appreciation of the euro against most major currencies since June had hit its profit margins.

Inditex, which operates in 93 markets, said like-for-like sales had been positive across all regions.

But like-for like growth did slow slightly to 6%, versus 11% in the same period last year.

The firm said it had opened new stores in 35 markets, taking its total store count to 7,405 by the end of the period.