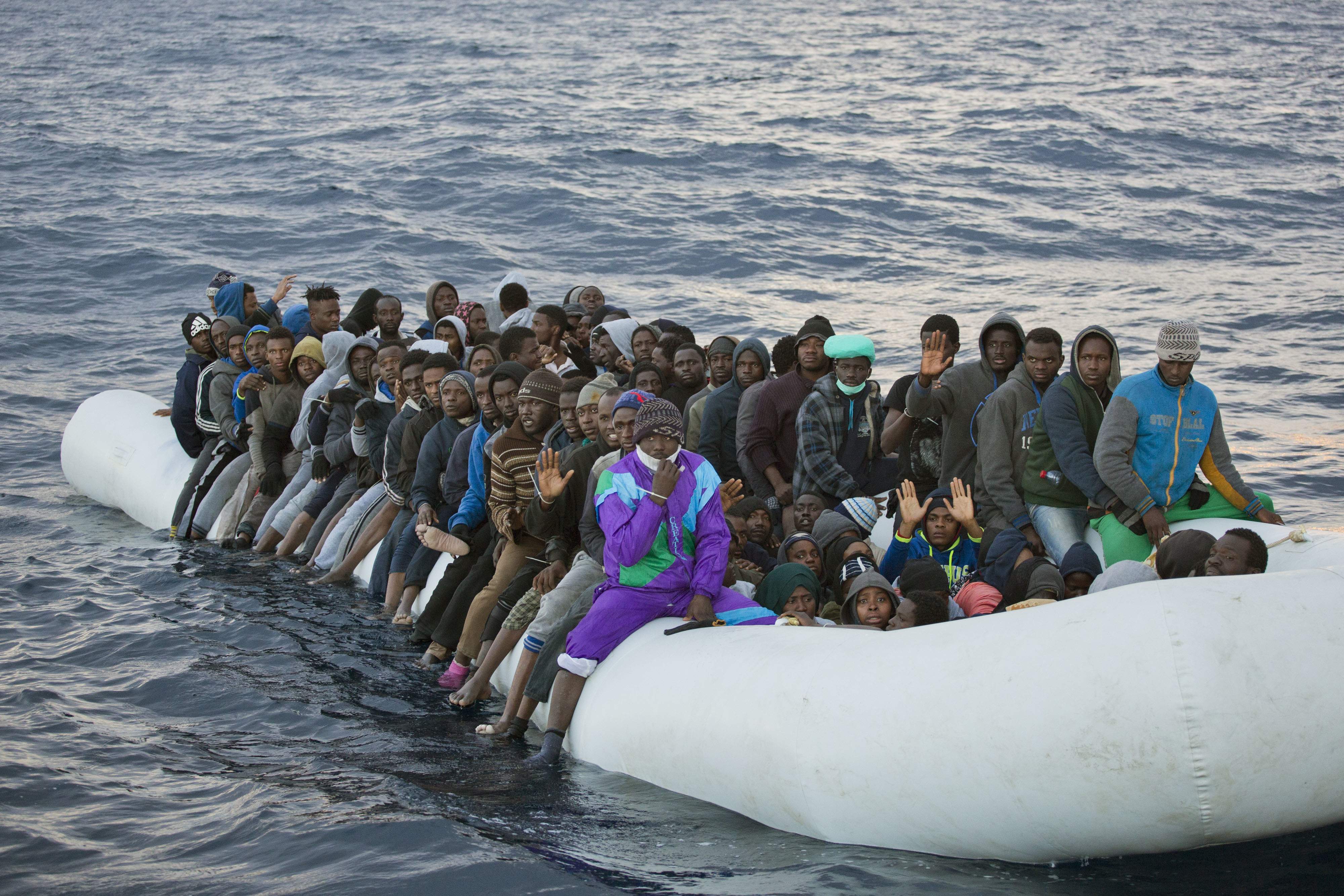 1 migrants dead, 200 missing in Mediterranean sinkings: Eleven migrants have died and nearly 200 are missing after two boats sank off the coast of Libya, UN agencies said Monday citing survivors, in the latest such tragedy.

The first involved an inflatable craft which left Libya early Friday with 132 people on board, only to start deflating a few hours later, before overturning.

Some 50 survivors were picked up by a Danish container ship, the Alexander Maersk, which was alerted to divert by Italian coastguards and dropped them off on Sunday in Pozzallo, southern Sicily.

Representatives of the UN High Commissioner for Refugees (UNHCR) and the International Organization for Migration (IOM) were able to meet them on Monday to hear their accounts.

Survivors told them that women and children were among those missing.

At the same time, the bodies of 10 women and one child were found Monday on a beach in Zawiya, 50 kilometres (31 miles) west of Tripoli, according to an official for the Libyan Red Crescent.

Then on Sunday seven migrants — a woman and six men — were rescued by Libyan fishermen and coastguards off the coast of the Libyan capital.

An IOM spokesman who met them said they had set out on a boat with at least 120 people on board, including about 30 women and nine children.

In all more than 6,000 migrants were rescued Friday and Saturday in international waters off the coast of Libya and brought to Italy, while several hundred were rescued in Libyan waters and taken back to Libya.

The number of people leaving Libya in the hope of starting a new life in Europe is up nearly 50 percent this year compared with the opening months of 2016.

With most departures coming in the warm summer months, the trend points to around 250,000 people arriving over the course of 2017. Some 500,000 migrants were registered in Italy in the three years spanning 2014-16.