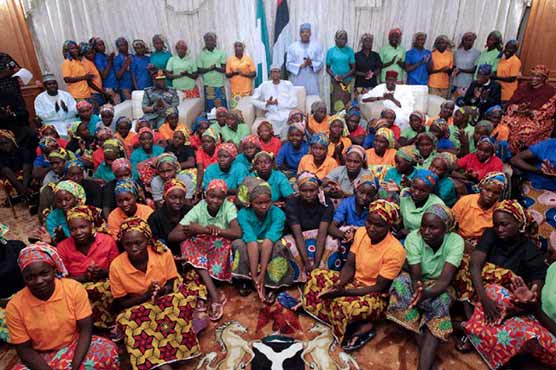 UN urges Nigerians not to shun Chibok girls: The United Nations on Monday welcomed the release of 82 Nigerian schoolgirls after years of Boko Haram captivity and appealed to their families and communities not to ostracize them.

The teenage girls kidnapped in 2014 from a school in Chibok, northeast Nigeria, were freed on Saturday after a prisoner swap agreed with the Islamist group.

One of the freed girls brought her infant son, according to a military official.

“We appeal to all Nigerians, including the families and local communities of the liberated girls, to fully embrace them and provide all necessary support to ensure their reintegration into society,” UN spokesman Stephane Dujarric said.

Boko Haram leader Abubakar Shekau had vowed to sell the girls as sex slaves or force them into marriage with his fighters.

Staff from the UN Population Fund (UNFPA), which provides services health services to women, are helping the girls with psycho-social and “reproductive health” care, said Dujarric.

He declined to say whether any of the girls would be offered abortions.

“We have seen this unfortunately throughout the world – victims of rape are then shun by their own communities,” said Dujarric.

The International Committee of the Red Cross (ICRC) said it “facilitated the safe return” of the girls as a “neutral intermediary”, some six months after 21 other Chibok girls were freed with the held of the ICRC and the Swiss government.