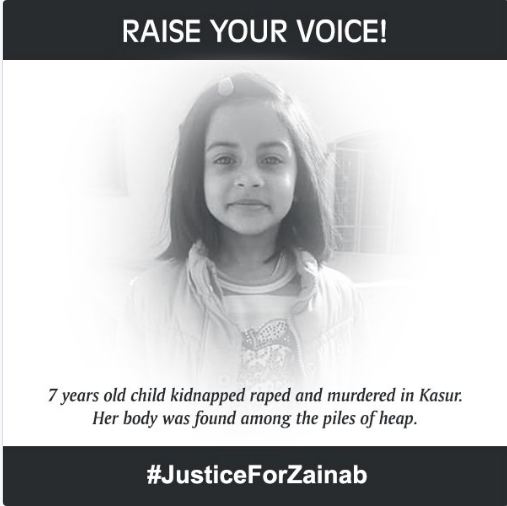 The girl was identified as a seven years old Zainab daughter of Muhammad Ameen Ansari.

According to the hospital reports, the autopsy confirmed that the minor was raped and then strangled to death.