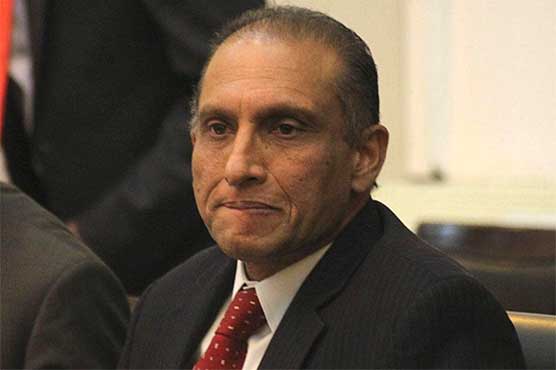 Aizaz Chaudhry calls on US National Security Adviser: Pakistan ambassador to the United States Aizaz Ahmad Chaudhry called on the US National Security Adviser (NSA) Lt. Gen. McMaster on Thursday afternoon at the White House.
Aizaz Chaudhry and Lt. Gen. McMaster discussed bilateral relations in the wake of NSA’s recent visit to Pakistan. Peace in Afghanistan and broader regional stability also came under discussion during the meeting.
He also informed Lt. Gen. McMaster that his visit to Pakistan was useful for both sides to better understand each other’s perspective on issues of mutual interest.
Aizaz Chaudhry further said that peace in Afghanistan was a high priority for Pakistan especially to consolidate the gains made in our enduring fight against terrorism.
He also briefed Lt. Gen. McMaster about prospects of economic engagement between the two countries and the investment opportunities emerging in Pakistan after the economic turnaround. This environment, ambassador noted, is ideal for investment by the foreign companies including the US in energy and infrastructure development.
Noting Pakistan’s sacrifices in the war against terrorism, Lt. Gen. McMaster underscored the need for continued cooperation for a stable and prosperous region.