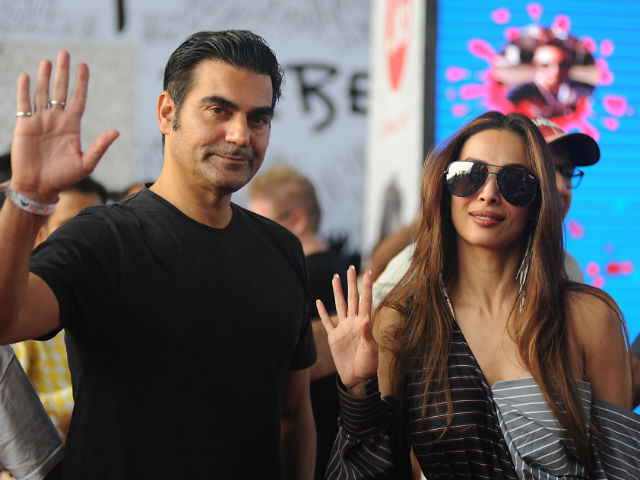 The celeb-couple, always the toast in high-profile parties and glam circles, were married for 18 years and have a 14-year old son, Arhaan.

While Malaika, 44, has secured custody of Arhaan, Arbaaz, 49, will have visitation rights on his son, as per the settlement reached in the family court.

Separated since over two years, the couple had filed for divorce in October 2016, and later attended a mandatory counselling session on November 29, but failed to reconcile.

All was clearly not hunky dory between them after they abruptly stopped appearing together in a reality show, Power Couple, last year in which they were the hosts, but Malaika returned only for shooting the grand finale.

However, they were still seen together in public on certain occasions, including the recent birthday celebrations of Arhaan in which the entire Khan-daan joined them, and on Wednesday they attended the Bieber concert in Mumbai, travelling in the same vehicle.

The multi-faceted Malaika, whose mother is a former media executive, has been a VJ, model, dancer and TV host and is elder sister of actor Amrita Arora.

Through their company Arbaaz Khan Productions, Arbaaz and Malaika had released some of the biggest blockbusters like Dabangg (2010) and Dabangg 2 (2012).