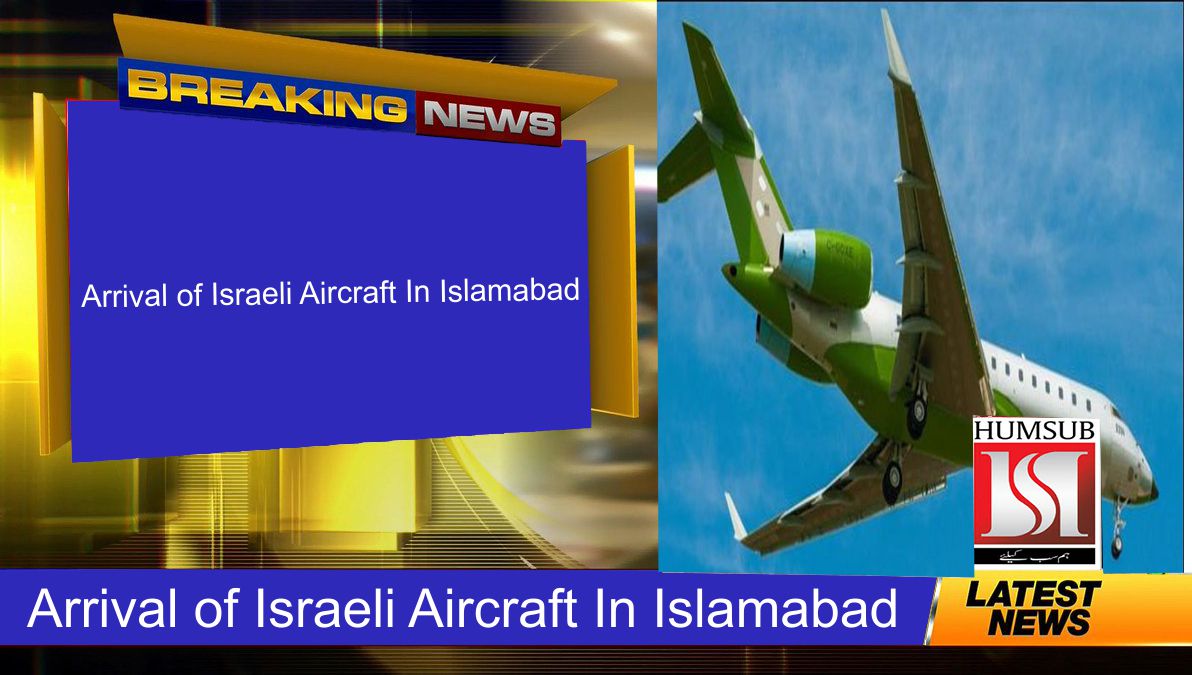 Arrival of Israeli Aircraft In Islamabad

Arrival of Israeli Aircraft In Islamabad: A tweet from a Israeli journalist that an aircraft flew from Tel Aviv to Islamabad has  sparked a storm of rumors on social media. According to BBC the  plane was not registered in Israel and it actually flew from Amman.

Avi Scharf, editor of Israeli newspaper Haretz who first tweeted about the alleged arrival of the aircraft, said the plane did not  directly fly from the Israeli capital into Islamabad. He, however  spoke of trick the  pilot  allegedly may have used  to make it look like a flight from Amman-Islamabad instead of a Tel Aviv-Islamabad flight.

The BBC quoted him as saying that after taking off from Israel the plane landed in Amman and after a gap of 5 minutes it took off for Islamabad.

Scharf claimed plane visited Islamabad on October 24. Quoting the BBC report, PMLN leader Ahsan Iqbal took to Twitter and sought explanation from the government. Responding to Iqbal, Information Minister Fawad Chaudhry asked him not to worry as Pakistan was in the safe hands.

Information Minister Fawad Chaudhry, responding to Pakistan Muslim League-Nawaz (PML-N) leader Ahsan Iqbal’s tweet demanding clarification over the matter, said the PTI was not like PML-N that they would conduct secret meetings with Indian PM Narendra Modi or Israel.

“Neither is Imran Khan like Nawaz Sharif, nor does his cabinet consist of fake philosophers like you (Ahsan). We will never conduct secret talks with either Modi or Israel. If you were so concerned about Pakistan, the country would not be facing so many problems,” Fawad criticised.

A government source said investigation has been ordered and Pakistan Telecommunication Authority (PTA) has been asked to find the person/source that spread the rumours in the country.

Pakistan Civil Aviation Authority (PCAA) today dismissed rumours of arrival of an Israeli aircraft in Islamabad. “There is no truth in such rumours that any Israeli aircraft entered the Pakistani airspace”, spokesman CAA told.