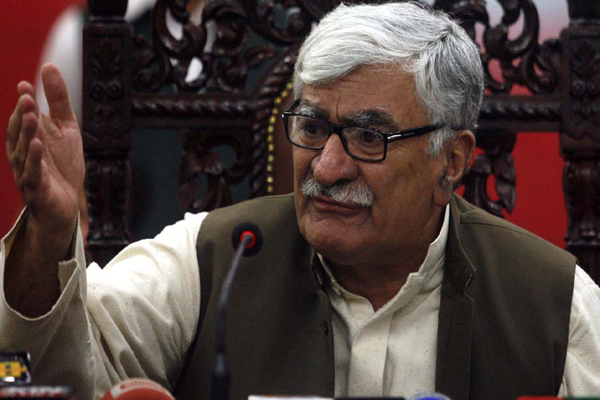 Peshawar: Asfandyar Wali, president of Awami National Party (ANP) said that Nawaz Sharif has forgotten the all the promises he made to the citizens of Federally Administrated Tribal Areas (FATA).

On Friday December 29th, 2017 in PK-17 Charsadda while addressing a convention Asfandyar Wali said that Nawaz Sharif is a liar. He has forgotten all the promises he made to the people of FATA. He also added. “I have never seen such a person in my whole life.”