Banks planning to move 9,000 jobs from Britain because of Brexit 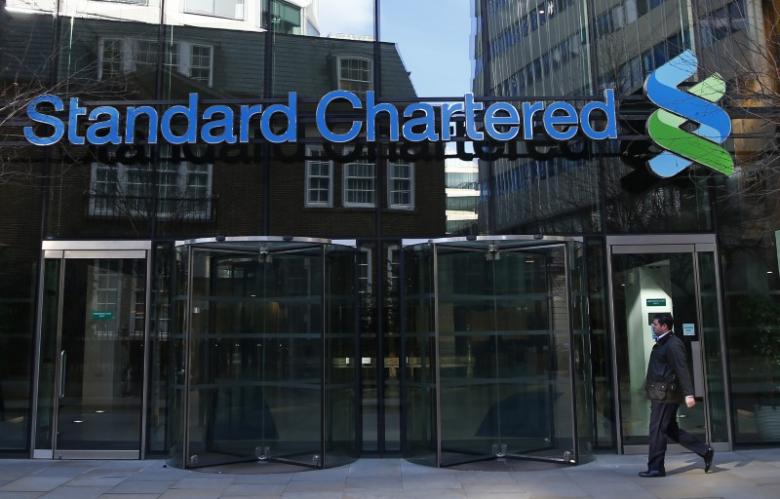 Banks planning to move 9,000 jobs from Britain because of Brexit

Banks planning to move 9,000 jobs from Britain because of Brexit: The largest global banks in London plan to move about 9,000 jobs to the continent in the next two years, public statements and information from sources shows, as the exodus of finance jobs starts to take shape.

Last week Standard Chartered (STAN.L) and JPMorgan (JPM.N) were the latest global banks to outline plans for their European operations after Brexit. They are among a growing number of lenders pushing ahead with plans to move operations from London.

Goldman Sachs (GS.N) chief executive Lloyd Blankfein said in an interview on Friday that London’s growth as a financial center could “stall” as a result of the upheaval caused by Brexit.

Thirteen major banks including Goldman Sachs, UBS (UBSG.S), and Citigroup (C.N) have given an indication of how they would bulk up their operations in Europe to secure market access to the European Union’s single market when Britain leaves the bloc.

Talks with financial authorities in Europe have been underway for several months, but banks are increasingly firming up plans to move staff and operations.

“It’s full speed ahead. We are in full motion with our contingency planning,” said the head of investment banking at one global bank in London. “There’s no waiting.”

Although the moves would represent about 2 percent of London’s finance jobs, Britain’s tax revenues could be hit if it loses rich taxpayers working in financial services.

The Institute for Fiscal Studies – a think tank focused on budget issues – said in a report on Thursday the rest of the population will have to pay more if top earners move.

The exact number of jobs to leave will depend on the deal the British government strikes with the EU. Some politicians say bankers have exaggerated the threat to the economy from Brexit.

The plans of large banks such as Credit Suisse and Bank of America and many smaller banks are still unknown.

Frankfurt and Dublin are emerging as the biggest winners from the relocation plans. Six of the 13 banks favor opening a new office or moving the bulk their operations to Frankfurt. Three of the banks will look to expand in Dublin.

Deutsche Bank (DBKGn.DE) said on Apr. 26 up to 4,000 UK jobs could be moved to Frankfurt and other locations in the EU as a result of Brexit – the largest potential move of any bank.

JPMorgan last week announced plans to move hundreds of roles to three European cities in the next two years. This is still significantly lower than the 4,000 figure JPMorgan CEO Jamie Dimon first estimated before the vote.

Estimates for possible finance-related job losses from Brexit are on a broad range from 4,000 to 232,000, according to separate reports by Oliver Wyman and Ernst & Young.

Banks are treading carefully, enacting two-stage contingency plans, to avoid losing nervous London-based staff as they work out how many jobs will have to eventually move.
This first phase involves small numbers to make sure the requisite licenses, technology and infrastructure are in place, while the next will depend on the longer term strategy of a bank’s European business.

The Bank of England has given finance companies until July 14 to set out their plans.

One senior bank executive at a large British bank said forcing companies to make a plan makes it more likely that they will follow through.

“It is an unintended consequence, but the more and more preparation you do the more likely you are to execute those plans,” the executive said.

HSBC Chief Executive Stuart Gulliver said this week that the bank’s previous estimate that around 1000 staff would move to Paris following Britain’s vote to leave the EU, was based on a ‘hard Brexit’ scenario.

Most banks are working on the assumption that this is the most likely outcome of the separation talks and would involve losing access to the single market with no special financial services deal and no transition period.