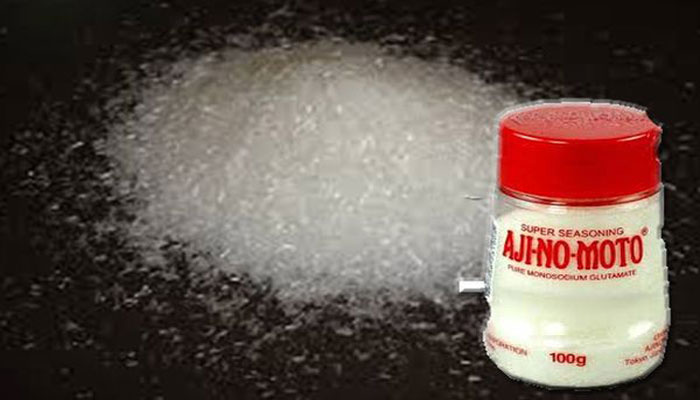 Chinese Salt AjinoMoto Banned in Pakistan: Sale of the Chinese Salt Ajinomoto also known as Monosodium Glutamate (MSG) has been banned under the directives of Chief Justice of Pakistan Justice Mian Saqib Nisar today.  The chief justice commented that they cannot permit the sale of the salt as it has been termed as hazardous for health. The Chief Justice of Pakistan during the hearing of a suo motu case on the sale of Ajinomoto salt and used cooking oil banned Ajinomoto, commonly known as Chinese salt, after the authority’s scientific panel findings found it unsafe and harmful for health.

As per findings of the scientific panel of the PFA (Punjab Food Authority) earlier this month, Chinese salt contains Monosodium Glutamate (MSG) which can cause palpitations, nausea and vomiting, sweating, flushing and numbness of the face headaches, fatigue, more so among people who are sensitive to it.

It is extremely hazardous for pregnant women and can also be the reason for hypertension. The PFA scientific panel recommended banning the usage of Ajinomoto in all eateries, frozen foods, and all other food products. According to some reports, regular use of this ingredient can cause long-term issues like high blood pressure, autism, hormonal imbalance, epilepsy, food allergies, asthma, reduction in the bile formation, cancer and possible infertility in females. This is named as “magic ingredient” that food companies love to use as a flavor enhancer in their products. The MSG (chemically a salt of the amino acid family) over-stimulates the brain and traps one to have more of that food.