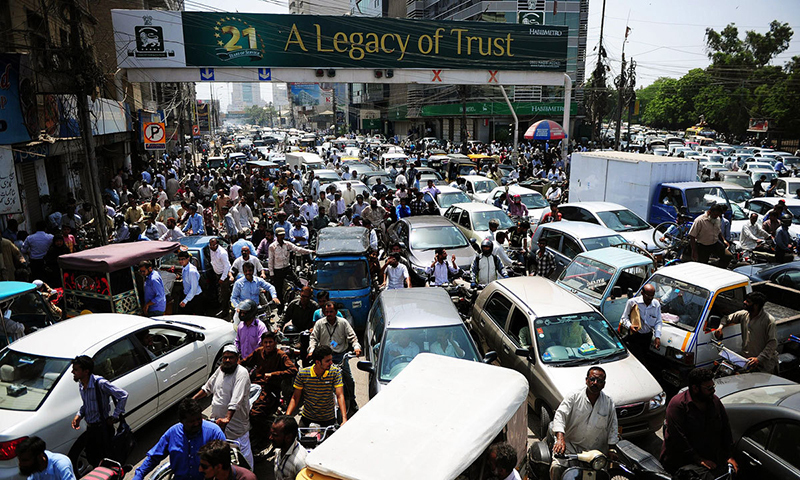 Urban noise pollution and hearing loss are closely linked, according to rankings of 50 large cities in both categories released on Friday.
High-decibel urban areas — such as Guangzhou, New Delhi, Cairo and Istanbul — topped the list of cities where hearing was most degraded, researchers reported.
Likewise, cities least afflicted by noise pollution — including Zurich, Vienna, Oslo and Munich — registered the lowest levels of decline in hearing.
This statistical link does not necessarily mean the constant din of city life is the main driver of hearing loss, which can also be caused by infections, genetic disorders, premature birth, and even some medicines.
The findings are also preliminary, and have yet to be submitted for peer-reviewed publication.
“But this is a robust result,” said Henrik Matthies, managing director of Mimi Hearing Technologies, a German company that has amassed data on 200,000 people drawn from a hearing test administered via cell phones.
“The fact that noise pollution and hearing loss have such a tight correlation points to an intricate relationship,” he told AFP.
Researchers at Mimi and Charite University Hospital in Berlin explored the link by constructing two separate databases.
The first combined information from the World Health Organization (WHO) and Norwegian-based technology research group SINTEF to create a noise pollution ranking for cities around the world.
Stockholm, Seoul, Amsterdam and Stuttgart were also among the least likely to assault one’s ears, while Shanghai, Hong Kong and Barcelona came out as big noise makers.
Paris — one of the most densely populated major cities in Europe — scored as the third most cacophonous.
The ranking for hearing loss drew from Mimi’s phone-based test, in which respondents indicated age and sex. Geo-location technology pinpointed the cities.
Silent epidemic:
The results were measured against a standard for age-adjusted hearing.
On average, people in the loudest cities were ten years “older” — in terms of hearing loss — than those in the quietest cities, the study found.
Stacked side-by-side, the two city rankings are remarkably similar, suggesting more than an incidental link.
The findings highlight the need for better monitoring, the researchers said.
“While eye and sight checks are routine, ear and hearing exams are not,” said Manfred Gross, head of the department of Audiology and Phoniatrics at Charite University Hospital.
“The earlier hearing loss is detected, the better the chances are for preventing further damage.”
Collaborations between scientists and private companies that collect health-related information from consumers are becoming more common in the era of Big Data.
California-based DNA genetic testing company 23andMe, for example, has worked extensively with university researchers to ferret out rare genetic disorders by combing through mountains of anonymous data from its clients.
Also on Friday, World Hearing Day, the WHO released figures showing annual costs of unaddressed hearing loss of between $750 billion and $790 billion globally.
Direct health care costs were calculated to be up to $107 billion, with loss of productivity due to unemployment or early retirement about the same.
“Societal costs” — stemming from social isolation, inability to communicate and stigma — were estimated at more than $500 billion.
In a recent editorial, the medical journal The Lancet said hearing loss is a “silent epidemic”, noting that proper care remains out of reach for millions of people.
Mimi Hearing Technologies develops music applications that adjust to the individual hearing deficiencies of listeners.