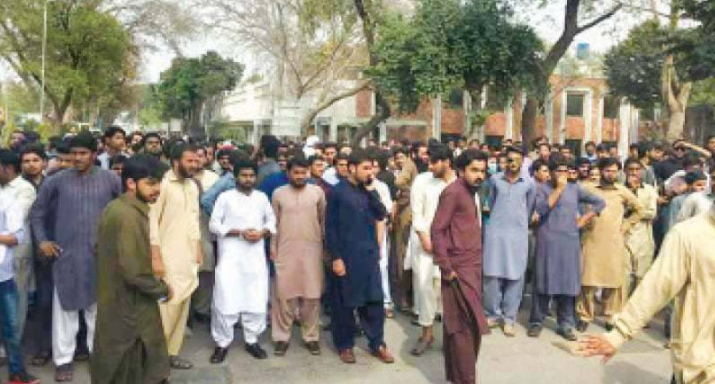 On Monday January 22, 2018 morning a row of conflicts between student groups at Punjab University (PU), members of the Islami Jamiat Talaba (IJT) held a sit-in outside the Vice Chancellor Dr Zakaria Zakar’s office demanding action against the rival group for sabotaging their annual festival.