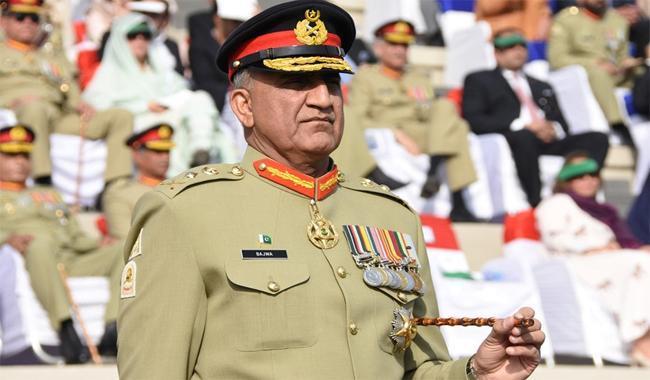 COAS appreciates army’s welfare efforts in Thar: Chief of Army Staff General Qamar Javed Bajwa has appreciated Pakistan Army’s efforts for the relief and welfare of the people of Thar.
On his visit to the Hyderabad Garrison on Friday, Gen Qamar was apprised that army has distributed almost 4,000 tonnes of ration, benefitting more than 190,000 families in Thar since 2014, the Inter-Services Public Relations (ISPR) said in a statement on Friday.
“Medical camps in Thar have benefitted 161,000 patients in under-privileged areas while water supply is now reaching 0.6 million people and 0.7 million livestock.”
The COAS, the ISPR said, appreciated efforts of the formation, saying Pakistan Army is proud to have undertaken nation-building projects across the country.
According to the military’s media wing, the army chief was also briefed on operational and administrative matters regarding Hyderabad Garrison, where he also addressed the officers and troops.