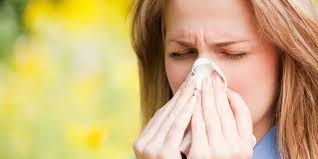 Deep vein thrombosis is a dangerous yet preventable condition. Conventional treatment poses a serious risk of bleeding, but a new study offers hope for a different therapeutic approach and prevention strategy.

However, new research finds that common allergy medication may treat DVT more effectively than conventional anticoagulants by targeting the body’s so-called mast cells, which are immune cells involved in vasodilation and vascular homeostasis, among other functions. Encouragingly, this new approach may bypass the side effects normally associated with anticoagulants.

The new study was carried out by a team of researchers led by Dr. Alexander Brill, of the Institute of Cardiovascular Sciences at the University of Birmingham in the United Kingdom, and the findings were published in the journal Circulation Research.

The reason that common anti-clotting medication causes bleeding is that it works by affecting the body’s hemostasis – that is, its natural reaction to injury or bleeding.

Hemostasis is the reason that we do not bleed to death from a cut; the body’s blood coagulation system enables a helpful form of clotting that stops the bleeding. But anti-clotting medication affects this process.

The new research focused on finding a DVT treatment that circumvents the body’s natural blood coagulation system. Seeking to investigate whether mast cells do have a role in triggering DVT, Dr. Brill and his colleagues designed a mouse model wherein they silenced the gene involved in the formation of mast cells.

The study found that “two strains of mice deficient for [mast cells] were completely protected from DVT.” Importantly, the study also revealed that mice whose mast cells genes were turned off had normal hemostasis. This completely bypassed the bleeding risks usually involved in the use of anti-clotting medication.

The findings were deemed surprising by the lead researcher, who told Medical News Today that mast cell deficiency was expected to have the opposite effect.

He says, “[W]e were surprised by the findings because mast cells contain the strongest natural anticoagulants [heparin] and we expected that depletion of mast cells would result in a prothrombotic effect.”

Mast cell inhibitors are already being used to treat allergic diseases such as bronchial asthma or allergic conjunctivitis, which is also known as hay fever. And, the fact that these drugs are already approved and in use means that they could be quickly tested in human trials and made available to the public.

“This is particularly exciting because […] this discovery could help people with DVT sooner rather than later,” says Dr. Brill