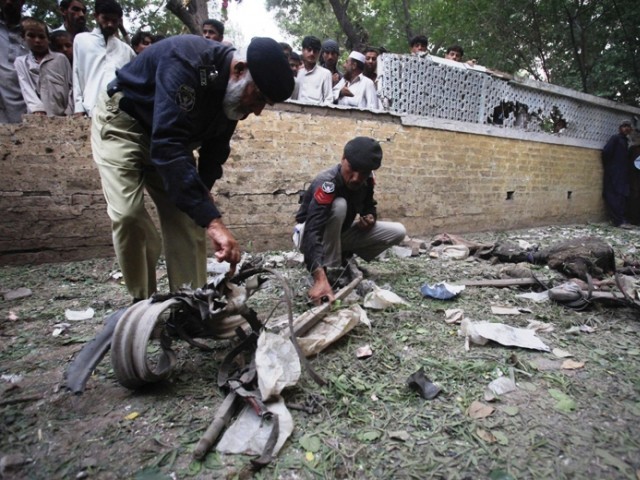 CTC personnel injured in Peshawar blast: Two security men were injured due to the explosions which took place within an hour in Peshawar on Monday morning.

According to details, the first explosion took place outside Govt. Primary Girls School and the second blast occurred near a convoy of Counter Terrorism Department (CTD) personnel.

The main gate and exterior wall of the school located at Shashmatoor Road was partially destroyed in the explosion. No casualties were reported.

Explosives weighing 2.5 kilograms were used to carry out the attack, according to the police.

The main gate and exterior wall of the school was partially destroyed in the explosion.

Two Counter Terrorism Department men were wounded when a blast took place near their vehicle near Khattako Bridge.

The injured men were rushed to a medical facility for treatment.

Almost four kilograms of explosives were used in this second bomb attack.