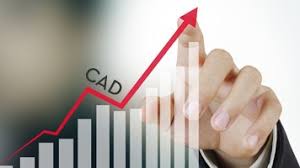 Current Account Deficit Widens: Current account deficit widened to 5.3% of gross domestic product, in the first 10 months of the current fiscal year of 2018 as merchandise imports continued to broadly outstrip exports, while foreign inflows from other sources remained insufficient to finance the gap, as per details shared by State Bank of Pakistan.

The State Bank of Pakistan (SBP) said the current account deficit increased 50% from $9.354 billion in the corresponding period a year earlier.

SBP’s gross reserves declined as the deficit was financed through $1.596 billion loan by the government and $506 million by other sectors.

Analysts expect the current account deficit to further widen as imports are picking up and capital inflows are likely to remain stagnant.

“The current account deficit is likely to be $17-18 billion by the end of this fiscal year,” economist Ashfaque Khan said.

The economy is extremely vulnerable to external shocks due to rising current account gap and foreign debt servicing.