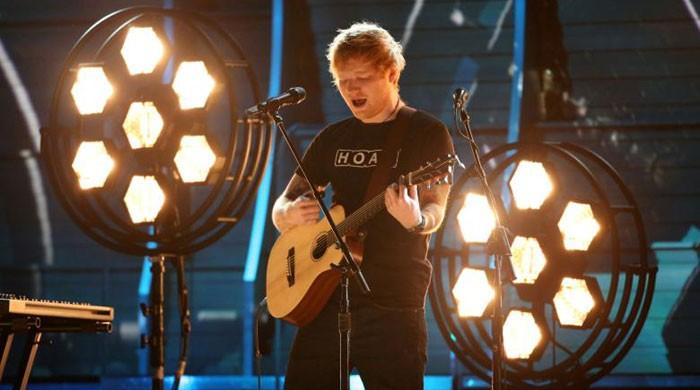 Ed Sheeran stormed the US charts on Monday, taking the top spot on the Billboard 200 with his new album “Divide” and also topping the digital songs chart with lead single “Shape of You.”
The British singer-songwriter sold an overwhelming 451,000 units of “Divide” in its debut week, giving him the biggest US sales week for any album so far this year.
His US success follows an even bigger start for “Divide” in his native Britain, where Sheeran, 26, had the fastest selling album by a solo male artist in British chart history on Friday.
The singer also made news this week when the makers of HBO TV series “Game of Thrones” announced he would be making a guest star appearance in the upcoming seventh season of the fantasy adventure, which arrives in July.
The Billboard 200 album chart tallies units from album sales, song sales (10 songs equal one album) and streaming activity (1,500 streams equal one album).
Sales of rock band Metallica’s album “Hardwired… To Self-Destruct” jumped more than 200 percent to take the No. 2 spot on the Billboard 200 with 81,000 units sold for the week. The jump followed a promotional deal linked to the band’s upcoming US tour.
Last week’s top spot, Atlanta rapper Future’s “HNDRXX” album, slipped to No. 5.
On the digital songs chart, which measures online singles sales, Sheeran’s “Shape of You” sold another 115,000 units for the week, nine weeks after its release. Sheeran also saw his new single “Perfect” take the No. 8 spot.