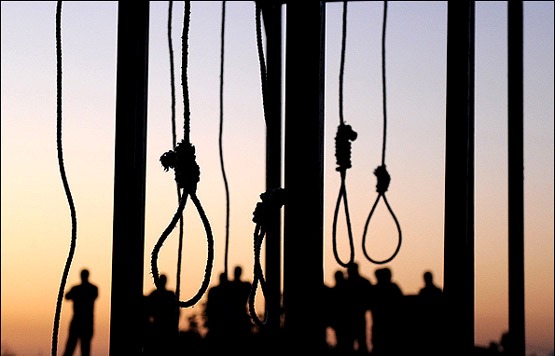 The militants were tried by military courts and convicted for their involvement in acts of terrorism, including killing innocent civilians, attacks on law enforcement agencies and armed forces, a statement issued by Inter-Services Public Relations (ISPR) said.

According to the statement issued by ISPR, the four militants hanged were identified as Qaiser Khan, Muhammad Umar, Qari Zubair and Aziz Khan.

The terrorists admitted their offences before the magistrate and the trial court, following which they were awarded death sentences.

Qaiser Khan, an active member of TTP, was involved in killing an innocent civilian and destruction of communication infrastructure. He admitted his offences before the magistrate and the trial court, following which he was awarded death sentence.

Muhammad Umar was sentenced to death for his involvement in attacks on law enforcement agencies and armed forces, killing and injuring several soldiers.

Qari Zubair Muhammad was involved in abetting a suicide attack on a mosque, which resulted in death of soldiers, civilians and injuries.

Aziz Khan was sentenced to death for his involvement in attacks on armed forces, killing and injuring several soldiers.

Military courts were restored in March for another two years after their initial two-year term expired in January. The courts were established after a constitutional amendment following a terrorist attack on Army Public School (APS) in Peshawar in December 2014 which left more than 150 people dead.