France To Host 71st Annual Cannes Film Festival From May 8th To May 19th: HumSub.TV 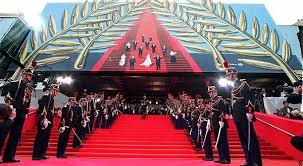 Mahira Khan For The First Time To Represent Pakistan

Actress Mahira Khan will be representing Pakistan at the 71st Cannes Film Festival later this month. The actor, who was named the first Pakistani brand ambassador for make-up giant L’Oreal last year, shared the news on her instagram. We will be following Mahira for all her red carpet statements.

Kangna Ranaut From India For The First Time

Indian actress Kangana Ranaut is also reported to be gearing up for her debut at Cannes this year.

Manto, the film based on the life of writer Saadat Manto is heading to 71st annual Cannes Film Festival scheduled to be held from 8-19 May. It will be competing in the Un Certain Regard category along with 20 other films. The period drama has been directed by Nandita Das and Nawazuddin Siddiqui plays the titular character.

In April, Cannes took a swing at Netflix by surrendering in to French theater owners and banning the streaming service from showing any of its movies in competition.

In keeping with an anti-technology stance, the festival is also forbidding selfies on its glamorous red carpet (good luck with that). And in the era of #MeToo and Time’s Up, there aren’t many female directors or stars in the lineup.

The Cannes Film Festival is an annual film festival held in Cannes, France that showcases new films from many genres from all over the world.

The prestigious invitation-only festival was first held on September 20, 1946 and is held every year, typically in May. The festival was originally known as the International Film Festival until 2002.

Although featuring at Cannes does not result in box office higher collections but these films belonging to alternative cinema do get acknowledgement and appreciation internationally. The Cannes Film Festival provides global and media exposure to the filmmakers who work on shoestring budgets and do not spend on the film’s advertising and marketing. In addition, these festivals also educate the West about a different kind of cinema emerging all over the world.