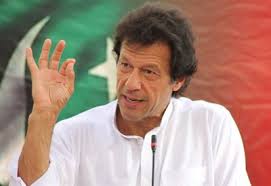 Chairman Pakistan Tehreek -i- Insaf said in a press conference that the government is going against the Judiciary which is not acceptable. He said “PTI is not in the favourof the conflict between the Parliament and Judiciary”.

He said that Nawaz sheriff is a corrupt and he is going to destroy the whole administrative system in order to save himself. He added “the people of Pakistan are with the Judiciary”.