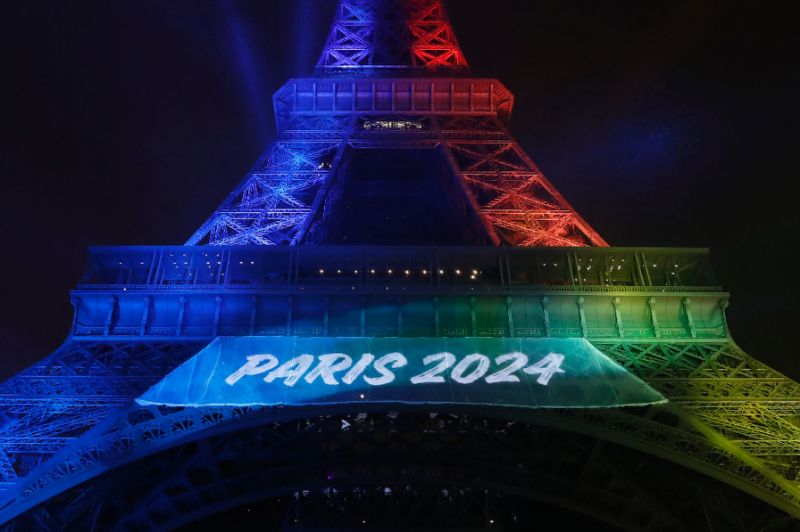 IOC examine Paris 2024 bid amid political transition: After three days in Los Angeles, International Olympic Committee (IOC) delegates head for Paris to inspect the city’s bid for the 2024 Games against a backdrop of a handover of power to French president-elect Emmanuel Macron.

With just four months to go until the vote in Lima, the 11-member IOC Evaluation Commission will on Sunday begin their three-day inspection of the French capital on the day Macron takes over from Francois Hollande.

Macron, elected last Sunday, has already taken the initiative and reaffirmed his backing for the Paris bid in talks with IOC chief Thomas Bach.

He spoke to Bach by phone and expressed his “attachment to the Paris 2024 project and emphasised France’s longstanding commitment to the Olympic movement”, the bid committee said in a statement.

“We are delighted that even before his inauguration as new president of France he has already found time to speak to the IOC president to reaffirm his full and complete support for Paris 2024,” the co-chairman of the committee Tony Estanguet said.

On the ground, the Paris bid committee will have to showcase the city to the IOC delegates without the head of state.

During Sunday’s opening presentation, Paris officials will highlight the virtues of a project which, from its inception, has focused on legacy.

With just one swimming pool and an Olympic Village to build, the renovation of the transport system being planned for 2022, Paris 2024 claim they are 95 percent equipped to host a third Games after 1900 and 1924.

The IOC will also be looking at the environmental and social impact and how a Paris Games would promote sport to a wider audience, such as women, senior citizens and the disabled.

The Games are also been touted as a golden opportunity to shape Greater Paris through the regeneration of numerous sites including Seine-Saint-Denis, one of the poorest regions of France with high youth unemployment.

The Paris Games would be centred in this area situated to the north-east of the city with the Olympic Village there to be transformed afterwards into social housing.

The French bid is also being presented as one of sustainable development receiving the backing of the World Wildlife Fund (WWF) and Nobel Peace Prize winner Mohammad Yunus, a champion of social and economic development.

Organisers promise to reduce the carbon footprint by 55 percent compared to the 2012 London Olympics.

“We want to show how we can develop the practice of sport in this country, how the Games will act as a leverage to show the power of sport to play a social, ecological, unifying role,” said Estanguet, a triple Olympic canoeing champion.

On Monday, the IOC delegates will take a bus ride through all the planned sites from the nautical base of Vaires-sur-Marne in the east of the city to the velodrome of Saint-Quentin-en-Yvelines in the west, lingering of course in the 10km epicentre around the Olympic Village where 22 sports will be played.

– Sport at the heart of Paris –

But most of all, the incredible backdrop provided by some of the city’s most iconic monuments such as the Eiffel Tower will be highlighted.

“It’s an incredible project, with sports venues that go beyond stadiums, iconic places like the Champs Elysées, the Eiffel Tower, the Invalides, the Champ de Mars, the Grand Palais,” said Estanguet.

The estimated cost of a Paris Games is 6.2 billion euros — 3 billion for infrastructure, 3.2 billion for the organisation, of which 1.8 is being financed by the IOC.

But Estanguet is only too aware that 12 years ago Paris passed this stage with flying colours, receiving a higher technical evaluation than rivals London only to lose the bid for the 2012 Games.

“We know that this will not be enough. After, the road will be long, with the oral (presentation) in Lausanne (in July) and (the vote) in Lima (September 13),” Estanguet added.

“We are just a few months from the final deadline, and we mustn’t make a mess of this weekend’s stage.”