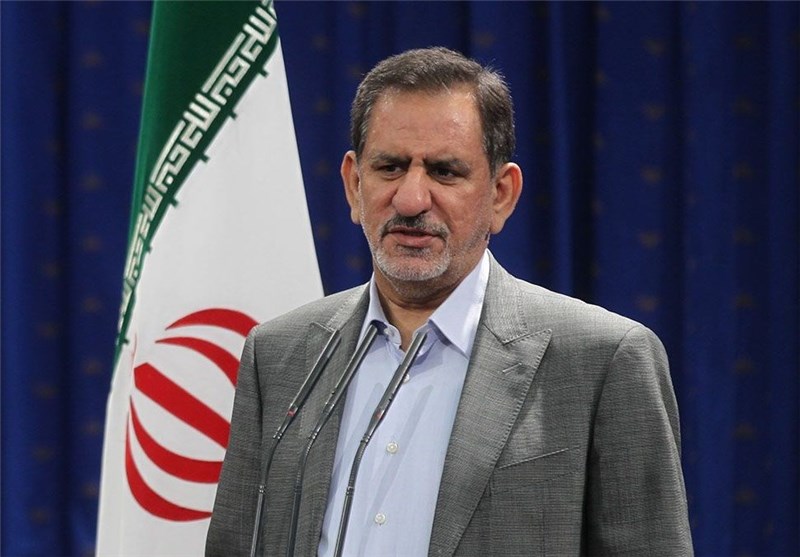 Iran election: Jahangiri withdraws and endorses Rouhani: Reformist candidate in Iran’s presidential election pulled out to smooth out the path for the moderate electoral nominee Hassan Rouhani. The withdrawal Vice-President Eshaq Jahangiri, from Friday’s poll had been expected, he pulled out of the elections in support of Rouhani. On Monday, Tehran’s hardline mayor Mohammad Baqer Qalibaf had withdrawn his candidacy and urged the supporters to back the conservative cleric Ebrahim Raisi.

Mr Raisi is now being seen as the main threat to Rouhani who is seeking to be elected for a second term. A poll had shown support for the two hardliners at 52% and for Mr Rouhani at about 42%. Another poll had put Mr Rouhani at 29%, Mr Qalibaf at 12% and Mr Raisi at 11%, with 28% of the respondents undecided and 20% declining to answer.

If no candidate can receive more than 50% of the votes than a run-off will be held on 26th of May. Mr Jahangiri had announced the withdrawal from his candidacy in a speech which was delivered to several thousand people which were gathered in the southern city of Shiraz earlier today. Mr Jahangiri said that he had given up his candidacy “make the voice of reformists heard”. In the speech he delivered he had said “I have completed my historic duty and, together with you, I will vote for Rouhani to help continue on the path to progress for this country, Vote for Rouhani because he is the man for difficult situations”

Mr Jahangiri had played an important for Mr Rouhani as he had defended the president’s record and criticised the conservative rivals during the broadcasted debates.

Mr Rouhani had similarly faced fierce criticism for his conservative rivals because of the landmark nuclear deal that he negotiated with the World powers in 2015. But he has been unable to deliver the economic recovery he had predicted.

Mr Raisi on the other hand who was a close ally Ayatullah Ali Khamenei heads a multibillion dollar charity organization. He has vowed to built a self sufficient resistance economy and to create millions of jobs and triple cash hand outs to the poor.