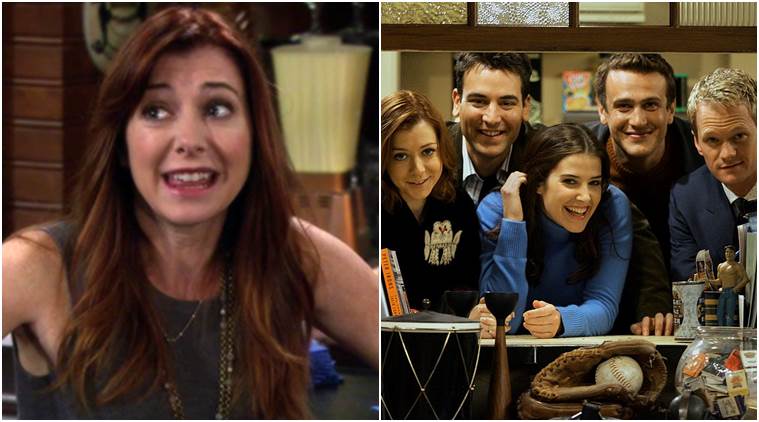 Lily Aldrin also known as Alyson Hannigan felt the climax of how I Met Your Mother was a slap in the face: Not only fans however even actor Alyson Hannigan also known as lily Aldrin felt that the ending of the hit show How I Met Your Mother could have been a lot better. She also talks about what she knew about the mother’s character during the shoot and several other details from the nine season series.

Alyson Hannigan said she did not agree with the way hit TV show How I Met Your Mother ended and felt the climax was like a slap in the face for the ardent fans of the series. The 43 year old actress, who played Lily Aldrin on the CBS sitcom, said the hour long finale was cut down significantly during the editing process, which resulted in the abrupt ending, reported Digital Spy. “It just seemed too quick. Obviously it was a tear-jerker, but with all the stuff that got cut out it was too fast… like ‘OK, now we’re going to find out the mum’s dead, then suddenly, Ok, he’s with Robin now’, and you’re just like, ‘wait, what happened?!’”

“There was a funeral scene (that got cut), and all this stuff that I think the audience needed. They needed that time to process that information, instead of having it slap them in the face,” Alyson said. The actress added she did not think Barney (Neil Patrick Harris) and Robin (Cobie Smulders) should have got married in the show. “I liked Barney and Robin. But in my heart, I always wanted her with Ted (Josh Radnor). I just feel (Barney and Robin) shouldn’t have gotten married.” The show went on for nine seasons from September 19, 2005 to March 31, 2014.

The identity of the mother in the series was one of TV’s best kept secrets. Even Alyson aka Lily didn’t know which actress will play the character up until the shooting began. As reported by news.com, she said, “I knew something was up because I was called in to the make-up trailer to take a picture with an actress and when I got there, the door was locked. In nine seasons, the door had never once been locked.”

On being asked if she would do the reprise of the show, she said, “How I Met Your Mother I would do it again in a heartbeat. It was so much fun going to work every day … we laughed and laughed. It was just pure, lovely fun,” she added, “We all appreciated it while we had it we knew how special it was. I don’t think that always happens.”