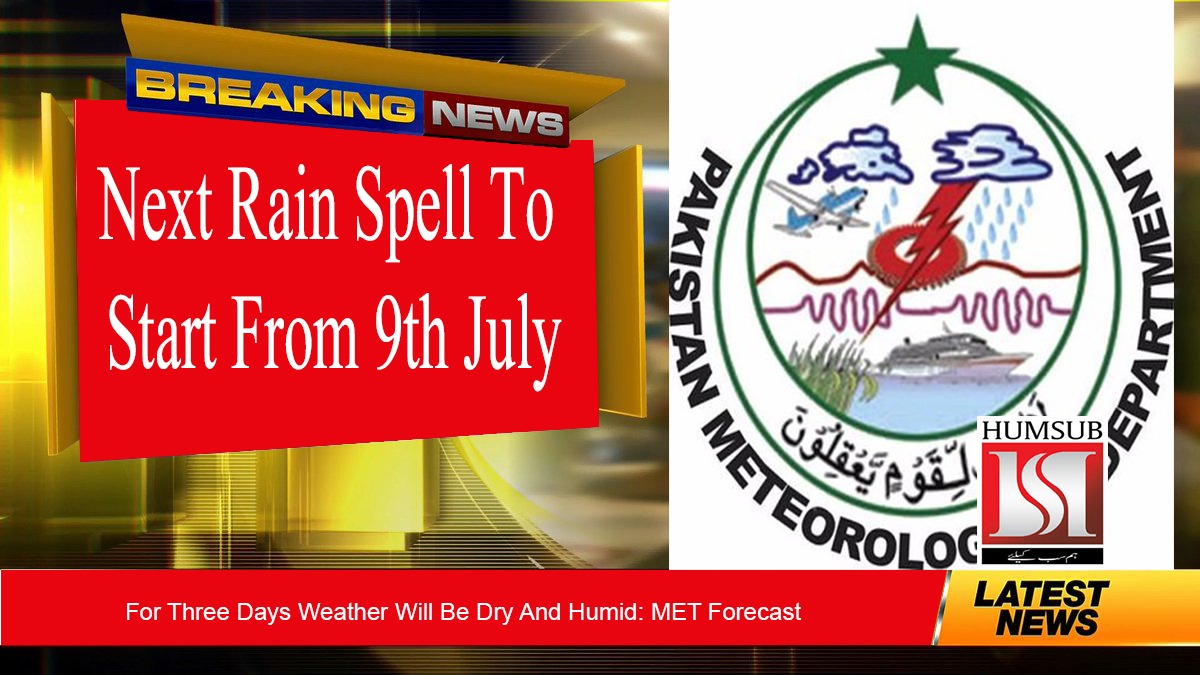 Next Rain Spell To Start From 9th July

Next Rain Spell To Start From 9th July: Though the on-going first countrywide monsoon spell will end today the Pakistan Meteorological Department has forecast the start of another round of rains in the country, including Islamabad and Rawalpindi, after three days.

The intervening period will be overall dry and humid.

The monsoon season had begun in the country on Monday causing heavy, destructive rains in central Punjab, especially Lahore. However, normal rainfall was reported in Islamabad, Rawalpindi and other areas of Potohar region.

PMD forecasting officer Muhammad Farooq told that the monsoon currents from Arabian Sea penetrating the upper and central parts of the country would weaken on Monday and thus, causing a halt to rains.

He however said the rains were likely to resume early on July 9.

“The next three days beginning on Thursday will be dry and humid across the country, by and large. From July 9 to the next three to four days, it will rain in most parts of the country, including Islamabad and Rawalpindi,” he said.

The weatherman said the next monsoon spell would originate in Azad Jammu and Kashmir and would gradually spread to other parts of the country causing heavy rains.

He said though the weather was likely to be predominantly humid in the month, it would too early to predict climatic conditions on July 25 when the country was slated go to vote.

Muhammad Farooq however said even if it rained in Punjab on the election day, it would happen in the early hours of the day leaving the rest to be dry.